“State boards and commissions make critical decisions about the lives of North Carolinians every day,” Cooper said. “I appreciate these appointees for their service and helping our state move forward.” 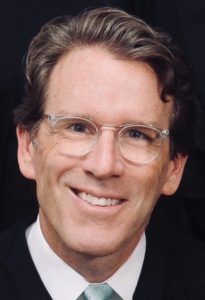 “I am humbled to be asked by Governor Cooper to serve on the Crime Commission,” Brown said. “Fulfilling Judge Jarrell’s term is bittersweet. I was fortunate enough to call Tom not only a colleague but a friend, and I greatly respected his work on the bench and on the Governor’s Crime Commission.”

The 38 members of the Governor’s Crime Commission make recommendations to the governor and the secretary of the Department of Public Safety about dispensing federal grants for the state’s criminal justice system, crime victims’ services and juvenile justice. Federal block grants are awarded each year to government, education and social service agencies to start new and innovative programs and to continue efforts to reduce crime.

Brown has more than 27 years of experience in the N.C. court system. He was elected to the district court bench in Rowan County in 1998 and appointed chief district court judge in 2001. He is past president of the Conference of Chief District Court Judges and previously served on the Governor’s Crime Commission Juvenile Justice Planning Committee, the Rowan County Juvenile Crime Prevention Council, and the North Carolina Youth Accountability Task Force, created by state lawmakers to design a plan to raise the age of juvenile jurisdiction.

Brown received his bachelor’s degree from Appalachian State University and studied law at the University of South Dakota School of Law and the Wake Forest University School of Law. He lives in Salisbury with his wife, Emily Ford. They have three children.