Connor will be honored at Oct. 12 Granite Quarry Fiddlers Convention 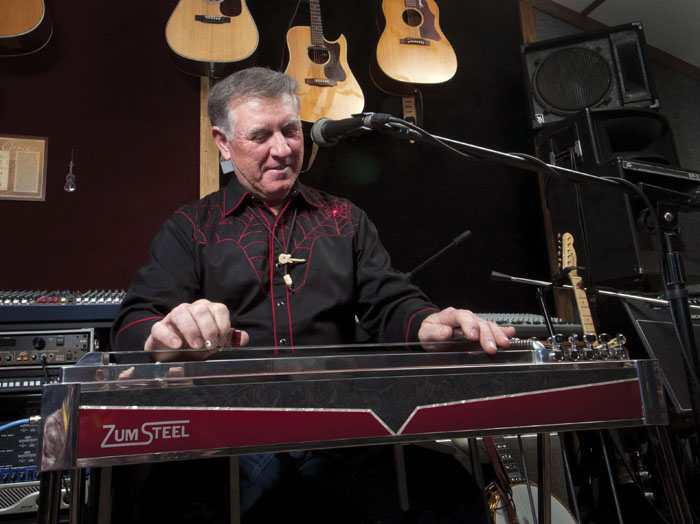 The competition will be in three band categories: bluegrass, old-time and bluegrass gospel, as well as individual youth and adult instrument competitions.

Registration will open at 3 p.m.

Youth competition begins at 4:30 p.m. All adult entries must be registered by 6 p.m. to be eligible to draw a number for performance times in a lottery-style drawing.

A jam performance will be held at 6 p.m. with all youth performers on stage. Youth winners will be announced at 6:30 p.m., just before adult competition begins.

Each year since 1970, the Civitans have honored individuals who make a substantial contribution to the promotion and preservation of traditional old-time and bluegrass music.

This year’s honoree is Rowan County’s Darrell Connor, winner of the Bascom Lamar Lunsford Trophy at the 2018 N.C. State Fair Folk Festival. The Lunsford trophy is awarded each year to the top overall performer.

Connor has hosted “Nashville on the Lake” at his farm on High Rock Lake near Salisbury for 14 years, drawing hundreds to a free concert.

Connor will be honored in a presentation at this year’s Fiddlers Convention and will perform with his band afterward.

The two champion fiddlers in the bluegrass and the old-time fiddle categories will be presented the Ralph Pennington Memorial Master Fiddler Award.

Pennington, originally from North Wilkesboro, was a luthier of finely crafted string instruments. Although he played all the instruments, he was widely known for playing the fiddle and mandolin and won many awards on both.

The Don and Margaret Livengood Memorial Award will be presented to the most outstanding youth performer, as selected by a panel of judges.

The Civitan Club will serve chopped barbecue plates, hamburgers, hot dogs and desserts throughout the day and evening. Food will be available from 11 a.m. until it is sold out.

Admission to the convention is $8. Children under 12 get in free with a paid adult.

A Salisbury native, Connor began playing guitar and banjo at about age 13 and within a year formed a band with his twin brothers, Ronnie and Donnie.

The Country Ramblers included Darrell on guitar, Ronnie on keyboard and Donnie on bass, and the band played at local gigs, parties and churches.

In 2004, Connor was invited to organize a backup band to perform with the legendary Don Helms, once the steel guitar player for Hank Williams Sr. Connor credits Helms with inspiring him to continue in country music.

Through his association with Helms, Connor played on stage with numerous country artists including Kitty Wells, Bill Anderson and George Hamilton IV. He performed twice at the Grand Ole Opry and made an appearance at Ernest Tubb’s Record Shop.

Connor’s work secured him a place in the Hank Williams Hall of Fame Museum as well as a lifetime membership in ROPE — the Reunion of Professional Entertainers International.

Connor credits his longtime friend, the late Paul Hill, with keeping him grounded in bluegrass and traditional music.

In 2018, beyond being recognized as the best overall performer at the N.C. State Fair Folk Music Competition, Connor placed second in adult instrumental solo and fourth in male adult vocal solos.

It was his sixth year competing at the State Fair, and each year he won numerous awards.

Connor follows two other Rowan County musicians, Hill and Matthew Weaver, who have been awarded the Lunsford Trophy in the past.

Each year, Connor and his Country Legends Band are hosts for Nashville on the Lake, an evening of bluegrass and country music at his home off Clark Road.

People sit on lawn chairs and blankets to listen to Connor and guest musicians play on a stage overlooking the lake. The concert is free to the public.

“It’s my way of giving back to a community who has supported me throughout my music career,” Connor says.

Connor retired from the Salisbury Police Department as a lieutenant in 2001 after serving for 30 years. Today, he continues to perform with his Country Legends Band at senior centers, churches, benefits, rest homes and events for veterans at the Hefner VA Medical Center in Salisbury.

For more information, call 704-267-9439 or see the registration rules on the Facebook page of the 2019 Granite Quarry Civitan Fiddlers Convention.