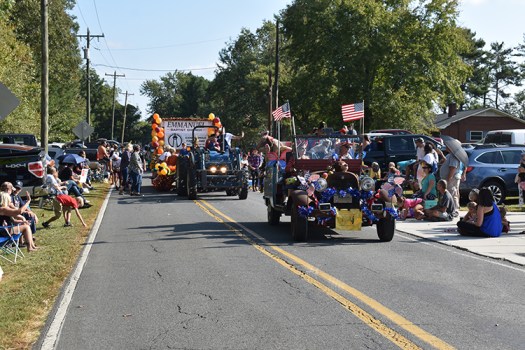 Floats ride by at the 30th annual Founders’ Day in Gold Hill as attendees wave and kids pick up candy thrown out to them. 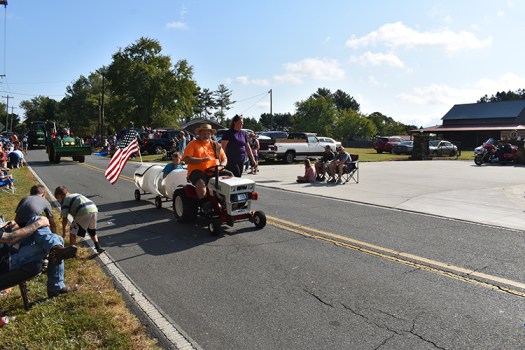 Jerry Parker rides the tractor as his son Preston sits behind him and his wife Angela walks beside him at the 30th annual Founders’ Day in Gold Hill. 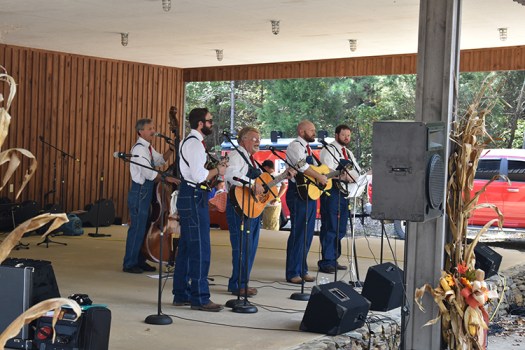 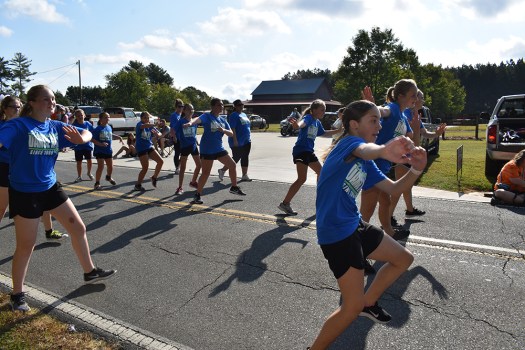 Dimensions Dance Art, of Rockwell, dance by during the parade during Founders’ Day in Gold Hill.

GOLD HILL — It was a community reunion for the 30th annual Gold Hill Founders’ Day on Saturday.

At 10 a.m. Saturday morning, residents and visitors lined up in what is normally a quiet Rowan County community to watch old cars, firetrucks, tractors and several horses go down St. Stephens Church Road.

Riders threw candy as kids reached to catch some. Parents waved at their friends in the vehicles.

Jane Jackman said she remembered when Founders’ Day involved a street dance at the fire station. Since then, it has grown, particularly after the opening of the Gold Hill Mines Historic Park. Jackman continues to return to the event with her church, Gold Hill United Methodist.

She called the day a fabulous time.

“How many times are we going to have so many people in Gold Hill?” she asked.

Sisters Kathy Soles and Terry Fields have traveled to Gold Hill for Founders’ Day 10 years in a row. They initially came here with their father.

“He was proud of living in Gold Hill,” said Soles, from Evergreen, a community in southeastern N.C. “He always wanted to be here.”

Fields, who lives in Whiteville, said she thought the parade was awesome, and questioned where Freddy Krueger and Jason were as the haunted cars drove by.

Fields stuck around after the parade to begin Christmas shopping at the dozens of booths selling items from bird houses to bean bags for corn hole.

Cathy Hudson, of Mount Pleasant, came with her family early. At 8:30 a.m. she and her four grandkids began searching the park for gold-painted rocks. Each came with a prize. With a little help from Hudson, they found 11. The maximum amount of prizes was three.

Megan Livengood, 17, was handing out the prizes with her siblings.

Livengood said her mom, Olivia, who works with the park, came up with the idea of a gold nugget hunt a couple of years ago. Livengood said it was a good activity to get the kids out and energized. Throughout the park, 150 rocks were tucked behind and hidden.

Jerry Parker on Saturday said was brought back to his childhood days. Parker and his wife, Angela, as well as 8-year-old Preston were featured in the parade. Jerry drove a tractor while Preston sat in a barrel trailer. Angela walked beside them.

“It was fun to see all the kids smiling,” Jerry said. “That’s what it’s all about.”

Jerry said he generally doesn’t gravitate to publicity, but being a part of the parade made him feel like he was the center of attention.

For Steven and Myra Cook, of Salisbury, the trip to Gold Hill was just about having a good time. They came for the parade and watched the old cars drive by, the livestock trot by and kids grab candy. They had a bite to eat before heading over to listen to The Gospel Plowboys.

“We’re enjoying it as long as it stays cool,” Steven Cook said.

Rev. Beverly Maulden, at Gold Hill United Methodist Church, said she herself a newcomer to the town, moving to Gold Hill in 2015. It’s the sense of community that Founders’ Day bring that she enjoys.

“Everyone is connected in some way,” Maulden said. “If you talk to someone long enough, there is a connection.”