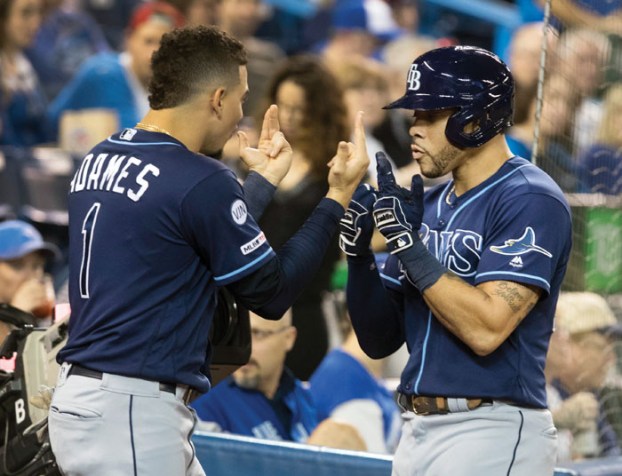 Tampa Bay Rays' Tommy Pham, right, is greeted by Willy Adames (1) after he hit a two-run home run against the Toronto Blue Jays in the third inning of a baseball game in Toronto on Friday, Sept. 27, 2019. (Fred Thornhill/The Canadian Press via AP)

Rays beat Jays, back in playoffs for 1st time since 2013