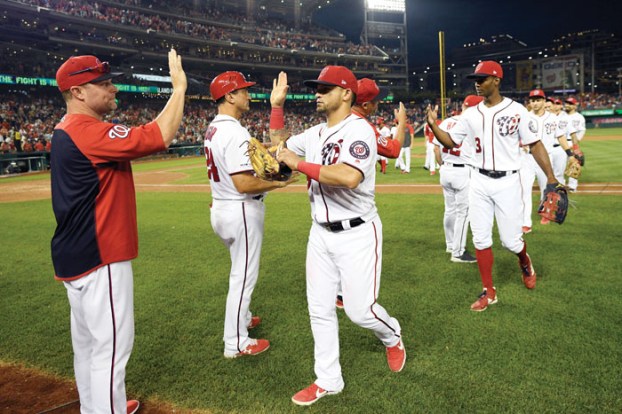 Washington Nationals' Gerardo Parra, third from left, and others celebrate after a baseball game against the Cleveland Indians, Saturday, Sept. 28, 2019, in Washington. (AP Photo/Nick Wass)