Cal Thomas: Climate activist doesn’t know it all at age 16 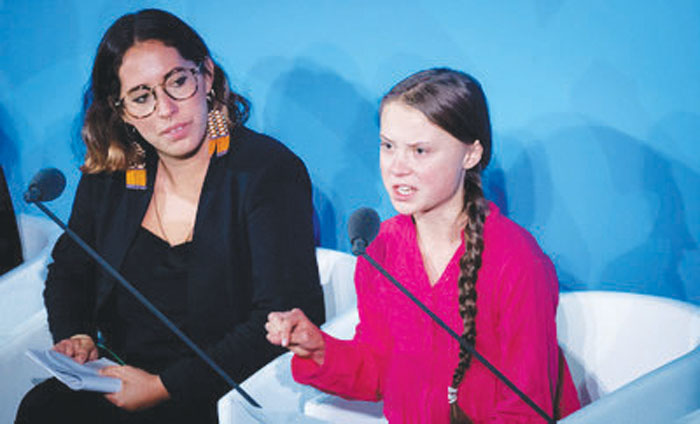 How much credibility should we give to a 16-year-old when considering her qualifications to lecture adults about science and an end-of-the-world scenario?

Greta Thunberg has been dubbed by the media as a “climate change activist” and a teen “eco-warrior.” She was at the United Nations in New York last Monday to appear before diplomats and others at a “climate action summit.” Only the UN has less credibility than a teenager.

Thunberg is on a world tour promoting the latest end-of-the-planet scenario. By the way, shouldn’t she be in school? Reporters won’t ask because most appear to buy into her secular doctrine that the apocalypse is just around the corner.

Thunberg claims “people are dying” because the Earth is getting hotter. She warns that adults had better wake up or they will burn in ecological hell or perhaps even the real thing. Her theological qualifications have yet to be examined.

Think back to when you were 16 and believed you knew it all. At 18, an adult called me “precocious” (he didn’t mean it as a compliment). I had to look up the meaning in a dictionary. It was a humbling experience.

As their adolescent brains continue to develop, most teenagers know only what their teachers and textbooks tell them and maybe their parents, if they still listen to them. Science textbooks mostly embrace the climate change scenario, so why wouldn’t kids believe what they read and what they’re taught?

Thunberg was preparing to speak to the assembled adults at the UN when President Donald Trump walked in ahead of her. The man knows showmanship. The expression on Thunberg’s face was priceless. If spitting fire contributed to “global warming,” we’d have been in real trouble.

It appears the girl is being held in intellectual captivity. She might benefit from consulting a list of “50 Years of Failed Eco-pocalytpic Predictions” compiled by the Competitive Enterprise Institute (CEI.org), the nonprofit libertarian think tank based in Washington.

• In 1967, the Los Angeles Times carried a story headlined “Dire Famine Forecast by 1975.” The story said it might “already be too late.”

• An April 16, 1970, story in The Boston Globe quoted Paul R. Erlich of the University of California, Riverside, predicting America will be “subject to water rationing by 1974 and food rationing by 1980.” Erlich said the oceans would be as dead as Lake Erie in less than a decade.

• On July 9, 1971, The Washington Post, which, like most other media, now claims climate change and a warming planet are “settled science,” thought differently then. It quoted S.I. Rasool of NASA and Columbia University. Rasool predicted a coming “new ice age.” He was described as a “leading atmospheric scientist,” so he should be believed, right? He predicted we had only about “50 or 60 years” to save ourselves from freezing to death.

On her way back to Sweden, Ms. Thunberg should take along a copy of the CEI summary. She just may discover that some older people might know more than she does about most things and that those who preceded her in these “Chicken Little” hysterics were as wrong then as she is now.