Former GOP chairman for NC to plead guilty to lying 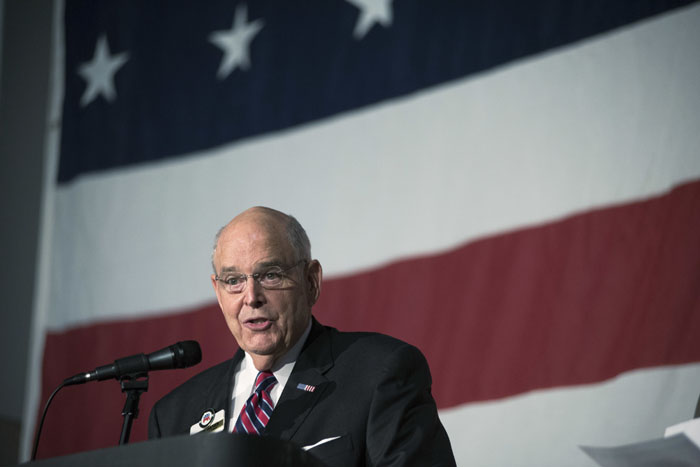 RALEIGH — Robin Hayes, the former chairman of the N.C. Republican Party, will admit in court that he lied to federal agents conducting a bribery investigation of a major political donor, according to court documents filed Friday.

The federal court docket shows Hayes is scheduled to enter a guilty plea next Wednesday. Hayes has agreed to plead guilty to making a false statement to the FBI, said U.S. Attorney’s Office spokeswoman Lia Bantavani.

A factual basis document prepared as part of the plea agreement and signed by Hayes’ attorney said Hayes knew he was making false statements to FBI agents conducting the bribery probe in 2018. He was initially also charged with conspiracy and bribery.

Prosecutors have accused Hayes, a former congressman, of involvement in an insurance executive’s plan to funnel campaign contributions to the state’s top insurance regulator in exchange for special treatment. The executive, Greg Lindberg, and two of his associates have been charged with attempting to bribe state Insurance Commissioner Mike Causey.

Lindberg is an insurance and investment firm founder who has been among the state’s top political donors in recent years, giving more than $5 million to state and federal candidates and committees since 2016. He favored Republican causes and politicians but also gave to Democrats.

Lindberg’s attorney, Brandon McCarthy, did not respond to an email seeking comment Friday.

The court documents filed Friday state that Hayes lied to FBI agents in August 2018 when he said he had never had conversations with Causey about the staff at the state Department of Insurance. But Hayes had in fact spoken to the insurance commissioner about Lindberg’s request to make personnel changes within the regulator’s agency, according to the factual basis document.

Prosecutors have said Hayes also helped Lindberg request a meeting with Causey and that Hayes discussed the bribe directly with the commissioner.

An indictment unsealed in April alleges that Lindberg wanted special treatment for his insurance businesses and planned to funnel up to $2 million for Causey’s 2020 re-election campaign. The scheme involved a request to replace a department official who had been examining a Lindberg company, according to the indictment.

Causey, a Republican, reported the alleged bribery attempt to federal investigators and helped them build their case. He faces no charges.

Lindberg’s attorneys argued in a motion this month that prosecutors applied a flawed understanding of bribery laws to their client’s actions, saying Lindberg “simply sought a fair and reasonable regulatory examination by a competent and neutral decision-maker” for his company.

The indictment states that an associate of Lindberg’s directed Hayes to transfer $250,000 to Causey’s re-election campaign during a conversation that also included Lindberg and Causey. Hayes initially protested, saying that moving so much money would draw attention, but he eventually relented during the conversation, according to the indictment.

“Whatever you all want to do, we’ll do,” Hayes said, according to the indictment. “All right, I’ll get ‘er done.”

Hayes gave up operational duties as chairman of the state Republican Party after the charges became public. He had announced just before the indictment was unsealed that he was not seeking re-election to the post.