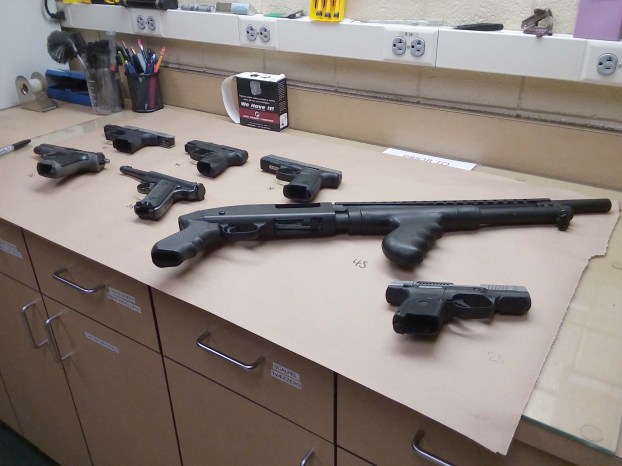 Salisbury Police and Rowan investigators seized these guns from a Salisbury home this week during which both agencies conducted a raid on two homes at the same time. Shavonne Walker/Salisbury Post 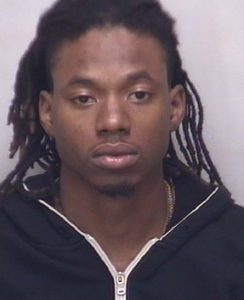 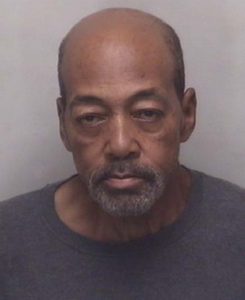 Wilks remains in the Rowan County Detention Center under a $50,000 secured bond.

Hatchett remains in the county jail under a $350,000 secured bond.

Police said they seized six handguns and one shotgun from the Lloyd Street home as well as 30 dosages of Tramadol, $4,300 in cash, 6.2 pounds of marijuana and other drug paraphernalia.

One of the guns had been reported stolen. The marijuana was found vacuum-sealed bags in a 5-gallon bucket. 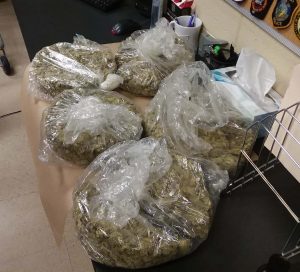 Salisbury Police and Rowan investigators seized this marijuana from a Salisbury home this week during which both agencies conducted a raid on two homes at the same time. Shavonne Walker/Salisbury Post

At the Elm Street apartment, authorities confiscated 8.8 grams of powder cocaine, 3.3 grams of crack cocaine, $6,227 in cash and a handgun.

The arrests came at the conclusion of several months of investigation by the Police Department’s drug unit. Police said they received assistance from the Sheriff’s Office’s Criminal Investigation Unit and Special Response Team.

For the month of September, the Police Department has seized 24 firearms, eight of them in this case alone.