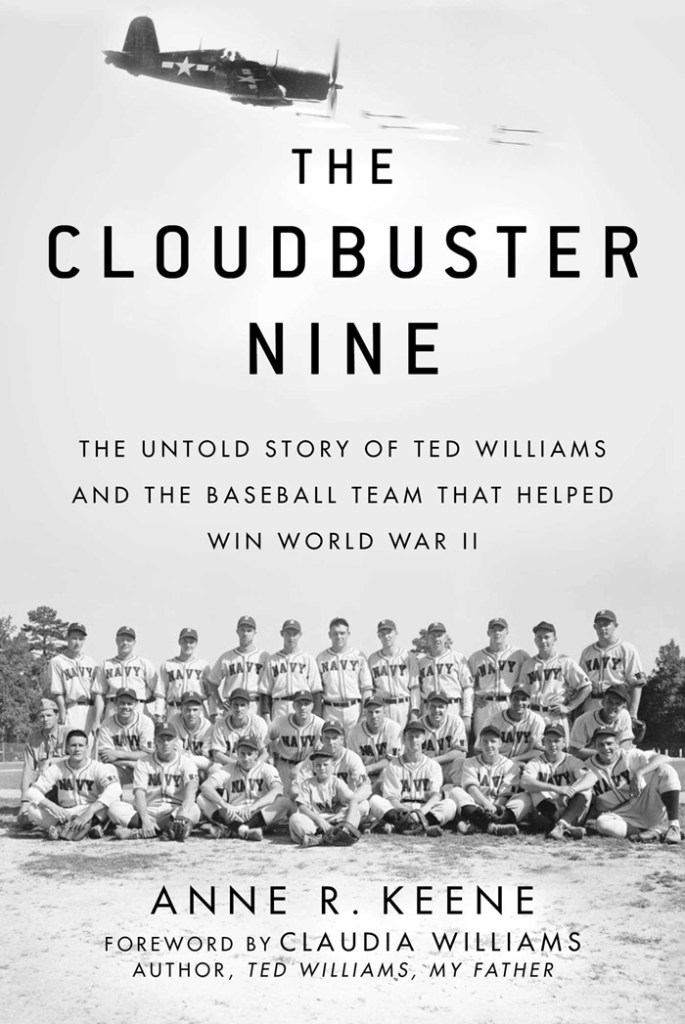 Anne Keene talks about “The Cloudbuster Nine: The Untold Story of Ted Williams and the Baseball Team that Helped Win WWII,” on “North Carolina Bookwatch,” Sunday, Sept. 29, at 11 a.m. and Tuesday, Oct. 1, at 5 p.m. on UNC-TV.

There are too few reminders of the World War II Navy pre-flight program and its contribution to the war effort, to the University of North Carolina at Chapel Hill and to the town.

But thanks to Keene, we have a new look at that amazing program. Keene’s grandfather directed the program, but her book focuses on the program’s connection to another set of American heroes, the group of major league baseball players like Williams, who trained in Chapel Hill and went on to fly combat aircraft during the war.  They were heroes in the sky and on the baseball field.

While they were in Chapel Hill, Williams and other major league players such as Johnny Pesky and Johnny Sain were among a cadre of fighter-pilot cadets who played for a Navy team called the Cloudbuster Nine.

Keene asserts that the Cloudbuster Nine team was better than the New York Yankees and St. Louis Cardinals, the teams that faced each other in the 1943 World Series.

Bush and Williams were not the only famous names in the pre-flight training. Gerald Ford, John Glenn and Paul “Bear” Bryant took the training, too.

That training was rigorous in the classroom, on the athletic fields, and in other tough physical and mental exercises. The curriculum was designed to get the future pilots in shape for combat and the challenges of survival should they be shot down in enemy territory.

Fall is a great season to spend some time…