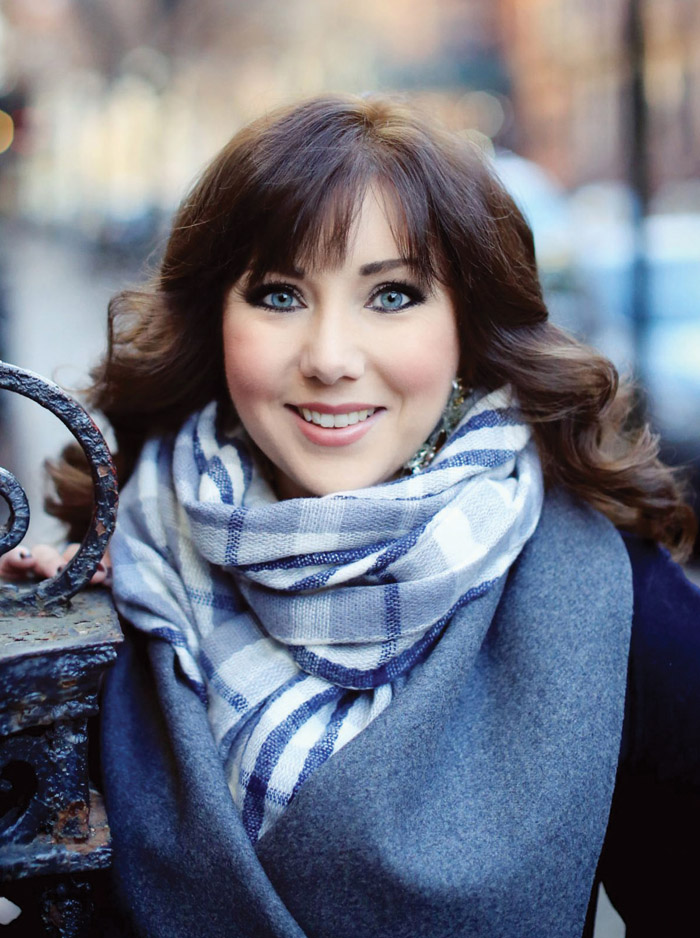 Salisbury Symphony fans are soon to be treated to the rare experience of hearing a truly international singing talent, soprano Jennifer Rowley. She has been called “A singer of enormous gift and promise” by the New York Times, and this relative newcomer to the Opera world is rapidly becoming an international phenomenon.  Following Ms. Rowley’s growing popularity, one has to marvel at how hard work and being prepared for once-in-a-lifetime opportunities has paid off for the singer in such a significant way.

In January of 2018 Jennifer had been called to step in as a “cover” or stand-in for soprano Kristine Opolais, who was performing the title role in a production of Tosca at the Metropolitan Opera.  Just after the final rehearsal for Tosca, the General Manager of the Met, Peter Gelb, surprised Jennifer with an unexpected invitation to perform the role of Leonora in Verdi’s opera Il Trovatore.  The catch?  Il Trovatore was set to open in just twelve days. Even so, she accepted the role enthusiastically. It is this exceptionally talented performer that the Salisbury Symphony Orchestra will welcome on Saturday, October 12th at Keppel Auditorium.

Rowley’s performances at the Metropolitan Opera have captured the attention of Metropolitan Opera audiences and won her high marks from audiences and critics alike.  Her triumphant role début as Roxane in Alfano’s Cyrano de Bergerac (2017) inspired universal critical praise, with The New York Times raving that this was a “break-through moment,” further adding that for the heartbreaking final scene, “Ms. Rowley sang with an intensity of expression and a subtly embittered sound that suggested a singer for enormous gift and promise.” The New York Classical Review echoed these statements, also calling this “a break out night for Ms. Rowley.” Operawire called her Roxane “the heart of the production,” The Observer said she is “a superb artist,” while ConcertoNet called her Roxane “a revelation.” Ms. Rowley previously made her Met stage début in a sparkling portrayal of Musetta in La Bohème.

SSO enthusiasts will remember that Jennifer is no stranger to Salisbury; she was the featured soloist earlier this year at the Salisbury Symphony’s “Evening at the Met” fundraiser event, where she mesmerized the audience with a glorious performance of bel canto repertoire, including arias from Simon Mayr’s rarely performed bel canto opera Medea in Corinto, alongside songs of Bellini and arias by Donizetti and Rossini with Salisbury pianist, Matthew Michael Brown. Matthew and Jen have known each other for over a decade. They met while both were working in New York City. At the time, Matthew was on the music staff of an Episcopal Church near Union Square and was also studio pianist for the late Rita Shane, another renowned Metropolitan opera soprano. Shane was a tremendous mentor to Rowley and Brown, and this is where their collaborative partnership began.

Jennifer is not only exceptionally accomplished as a singer, but she is also possesses a friendly, down-to-earth personality.  She often introduces herself to new acquaintances as “Jen.”

For her performance on October 12th with the Salisbury Symphony, Jennifer will perform excerpts for orchestra and chorus from Der Rosenkavalier, Vanessa, La Traviata and Aida. 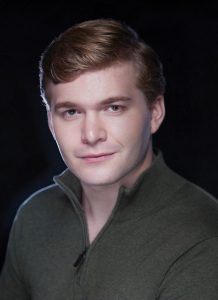 Tenor Logan Webber joins the performance to sing the “Drinking Song” from La Traviata and the Finale to the Second Act of Aida. The first is a duet with Jennifer; the second is a chorus with Aida (Jennifer) and Radames (Logan) joining the March near the end. Logan is a native of Colorado Springs, Colorado, and has performed with Colorado Springs Fine Arts Center, Opera Theater of the Rockies, Chautauqua Opera, The Smith Civic Center, The Rural Artists Project in Alaska, and the AIMS program in Austria. He debuted at The Princeton Festival as Rector Horace Adams in Peter Grimes, and performed with Piedmont Opera in productions including Spoletta in Tosca, and Jonathan Dale in Silent Night. In the summer of 2019, Logan debuted with the Richmond Symphony as Le Remendado in a semi-staged production of Carmen alongside Denyce Graves.

Internationally acclaimed soprano Jennifer Rowley will join with tenor Logan Webber to perform excerpts from Richard Strauss’ Four Last Songs and operatic selections from I Vespri Siciliani, La Traviata and Aida in concert with the Salisbury Symphony Orchestra and the Salisbury Symphony Chorale at 7:30pm on Saturday, October 12th at Keppel Auditorium.  Tickets: $30 in advance, $35 on the day of the concert.  Discounts available for seniors and students.  More information can be found at www.salisburysymphony.org.