Jacob Elliot Errante, who was arrested last Thursday after a package containing LSD was delivered to his home, will also be charged with manufacturing, possessing and selling a drug known as DMT.

When the Rowan County Sheriff’s Office, the U.S. Department of Homeland Security and the N.C. State Bureau of Investigation, along with Salisbury Police Department, began searching Errante’s Spence Drive residence, they found a clandestine drug laboratory in the kitchen, according to reports. 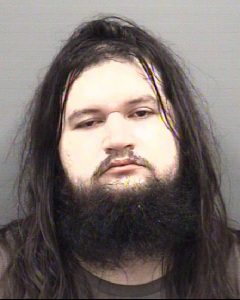 The lab was used to extract N, N-dimethyltryptamine (DMT), a schedule I controlled substance. DMT is a psychedelic drug extracted from tree bark and plants, primarily found in Mexico, South America and Asia. The SBI’s Clandestine Laboratory Response Team processed the laboratory, with the clean up costs being paid by Rowan County.

Errante will be charged with manufacturing DMT and possession with intent to sell or deliver DMT, in addition to the charges of trafficking LSD by possession and felony maintaining a dwelling. His original bond was $50,000. He was released on bond and made his first court appearance last Friday.