Ask Us: ‘Tis the Season Holiday Spectacular will return for 2nd year 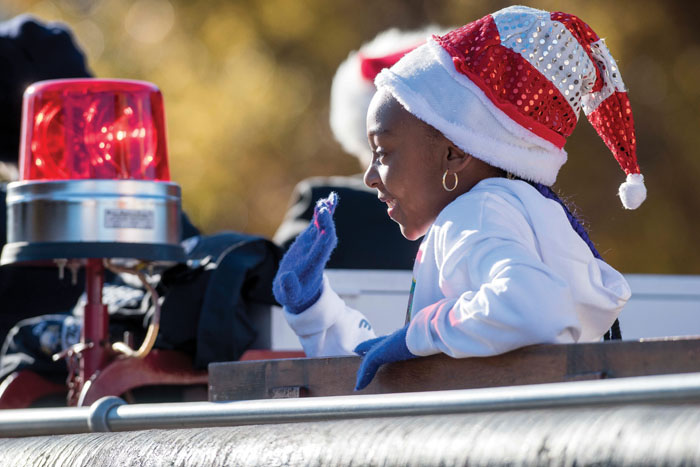 Brooklyn Witherspoon waves from the back of an antique firetruck in the 'Tis the Season Spectacular parade in November 2018. Jon C. Lakey/Salisbury Post

SALISBURY —  Last year, the ‘Tis the Season Holiday Spectacular kept alive a 59-year-old tradition of a holiday parade for Spencer and Salisbury.

Organizers of the Holiday Caravan had decided to end that parade earlier in the year.

A reader asked if the new parade will be held again this year.

“It is the second year under new organizers,” said Michalec. “So just bigger and better than last year.”

The Holiday Caravan ended after a controversy about the organizers’ decision to not allow representatives of PFLAG, a gay youth support group, to ride in the parade.

Last year’s Spectacular parade included the usual police and fire departments and marching bands alongside PFLAG representatives, an inclusion that did not elicit much comment, according to Salisbury Post reporting at the time.

“The parade will present musical acts, floats and more,” according to the website of the Rowan County Convention and Visitors Bureau. “The community is invited to participate and enjoy the parade by filling the sidewalks and public space as we celebrate the beginning of another beautiful holiday season in Rowan County.”

Information about sponsorships is available on the website, visitsalisburync.com, which notes that information on entries and seat reservations will be provided soon.