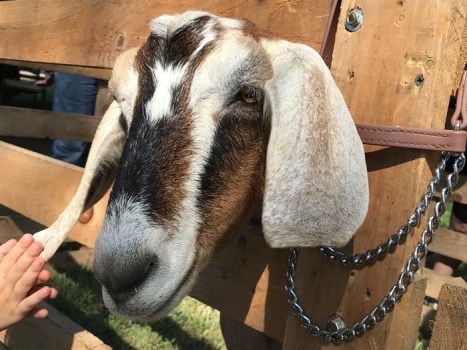 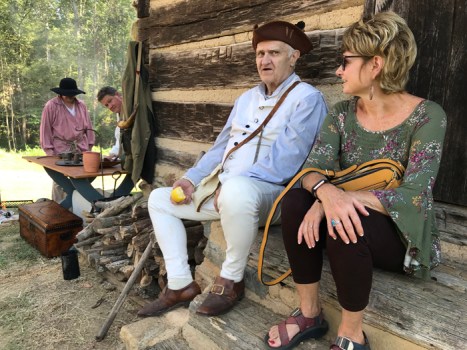 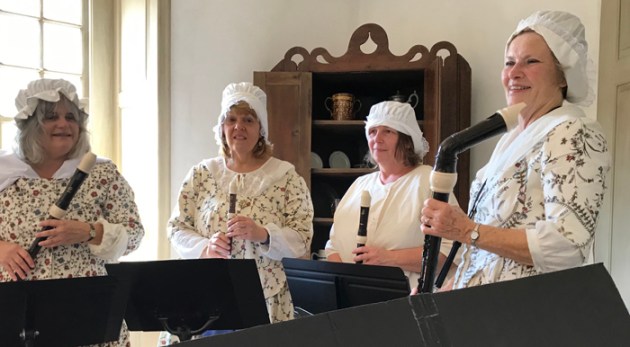 It featured 18th century items used to assist in cooking and preparing food, including butter churns, bird roasters, cast iron pots and pewter plates as well as provided colonial games and activities geared for children with coloring books and clay.

The festival gave a picture of life in the 1700s. Rachel Mowery, with Rustic Edge Soaps, was among those present Saturday, showcasing handmade goat milk products.

“After my son was born, (I found) he was allergic to cow’s milk so I ended up getting goats,” Mowery said. “I got more and more and I got so much milk that I needed something to do with it. So someone suggested soap, and I ended up getting a recipe. Then I perfected it and I started selling it.”

Mowery showcased her soaps, lotions and items such as beard oil.

Phil Gilson, a Colonial-style, full-time glassblower from Lawrenceville, Virginia, was also at Saturday’s event. Gibson said he focuses most of his work on producing designs for historic homes, museums, schools and communities that re-enact 18th century history.

He even explained his method to glassblowing.

Guided tours were also offered during Germanfest of the Old Stone House, built by Michael Braun in 1766. It has been kept up in order to resemble an 18th century style home.

“He finished the home in 1766. It took him almost seven years to build,” Hirst said.

Education Coordinator for Rowan Museum Tricia Creel said she enjoyed Saturday’s event because she was able to show people that history doesn’t have to be boring.

“I try to show the community that it’s important that we learn our history,” Creel said.

Volunteers with Rowan Museum fired up baked goods on an 18th century-style Dutch oven during the event.

“Baking in an oven like this is not easy, and learning how they cooked back then makes you appreciate what we have today,” Creel said.

Creel also spoke about future milestones that are to come for the site, saying the land was cleared a few weeks ago.

“We’re going to be building a large building. It’s going to look like a German-style barn,” Creel said. “There is going to be an educational center in there, picnic tables for kids to eat at, bathrooms, a gift shop and a large hall that you could even have a wedding reception at if you wanted to get married.”

Antonio Cerritos, with Junior Civitans from Rowan County Early College High School, was a volunteer at the event and gave his impression on Germanfest.

“I’ve really enjoyed the music. I’ve never really heard music like this before. This is a great way to show off the German culture,” said Cerritos.