Donald van der Vaart: Do something to help environment instead of striking 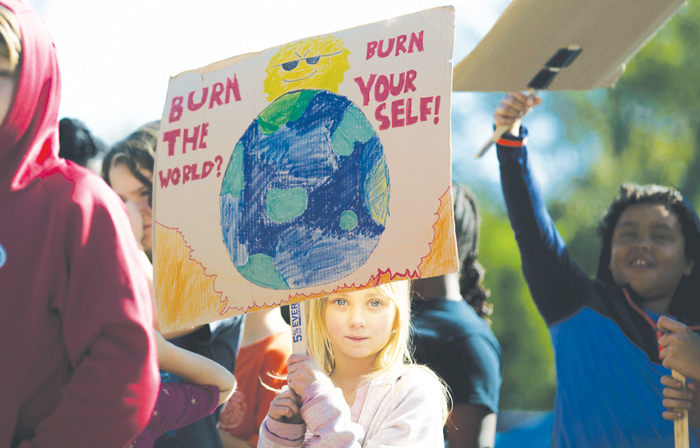 Students participate in the Global Climate Strike at the Experiential School of Greensboro on Friday. Khadejeh Nikouyeh/News & Record via AP

Once again, a group of influential green groups and corporations are promoting a global climate strike. 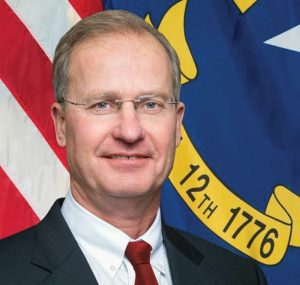 This strike pushes young students to walk out of school and workers to leave work to protest the energy sources that keep us alive and thriving. Stunts like these may serve to raise awareness about the global climate, but it’s questionable whether abandoning your job or school for a day or two, or seven, will actually reduce greenhouse gas emissions.

The campaign website — globalclimatestrike.net — tells people they must “demand an end to the age of fossil fuels.” But in the United States, we rely on these fuels to provide us with over 80% of the energy we use every day to provide our food, clean water, heating and air conditioning, medicines, transportation, and so much more. In less affluent countries, fossil fuels are lifting many out of poverty. That doesn’t seem to matter to the strikers.

Even worse, the energy sources held up as replacements for fossil fuels — typically wind and solar — couldn’t exist without fossil fuels. Natural gas, oil and coal are needed to mine, refine, process and ship the metals, rare earth minerals, silicon, plastics, and other materials that go into renewables. Without steel, there are no towers to hold up wind turbines. Without rare earths, there are no solar panels. Adding to this conundrum is the fact that wind and solar cannot provide reliable power. They are intermittent, meaning they must be backed up by more reliable energy sources, such as natural gas.

Recognizing the difficult questions surrounding global warming, is simply going on strike the best answer? Not really. Strikes can lead to undesirable outcomes. Just as making changes in our energy mix will cost money, strikes from work will cost money. Parents will need to provide care for their out-of-school kids, and a day out of the classroom is a detriment to student achievement.

Strikes can also be counterproductive to the strikers’ cause. As Melissa Maynard of the Pew Charitable Trusts has pointed out, “Striking public workers tend not to fare well in the court of public opinion because the public expects them to share in the widespread economic pain.”

I’m a scientist and an environmentalist. For those who are truly interested in reducing greenhouse gas emissions but recognize that striking is primarily about virtue signaling, there are steps we can take to have a real impact. Consider the following:

• Nuclear energy: Write a letter to the editor of a newspaper or to your elected representatives asking that they reconsider or embrace the safety and reliability of nuclear power. We get about 19% of our total energy from nuclear in the U.S. Some countries, like  France, get the majority of their electricity from nuclear. Nuclear is a way to produce massive amounts of reliable, affordable energy that is safe and essentially emissions-free.

• Hydroelectric power: Water power has been used for centuries. It is still one of the most effective ways to provide clean, reliable, renewable energy. When paired, nuclear and hydroelectric can meet many of the goals climate strikers say they want to achieve. Students could discuss why these two energy sources face so much opposition from the environmental groups that are pushing them to strike.

• Carbon credits: For those who believe they must reduce their carbon dioxide emissions, purchasing carbon credits from a reputable source is an easy way to offset their emissions. If carbon trading isn’t for you, simply plant trees in your yard. On average, one tree absorbs about 48 pounds of CO2 each year.

• Transportation: Electric vehicles aren’t more efficient than internal combustion engines, but if the electricity to power them comes from non-GHG emitting sources such as nuclear or hydro plants, electric vehicle use will reduce GHG emissions. For the overwhelming portion of the country where electricity is generated by GHG-emitting sources, consider parking your vehicle and taking public transportation. Similarly, don’t travel by air and instead “attend” distant meetings or classes virtually.

• At home: Limit your use of air conditioning and heat. The Department of Energy recommends installing a programmable thermostat and setting it at 78 degrees in the summer, 82 when you’re sleeping, and 85 when you’re away from home. In the winter, keep your heating set at 68 or lower. You could also remove your lawn and replace it with xeriscaping or native plants and trees that require less mowing and maintenance.

These common-sense changes will do more to reduce greenhouse gas emissions than striking will. The question is whether enough of us have the common sense to tell the strikers.

Donald van der Vaart is a senior fellow at the John Locke Foundation and former secretary of the N.C. Department of Environmental Quality. This column first appeared on carolinajournal.com.