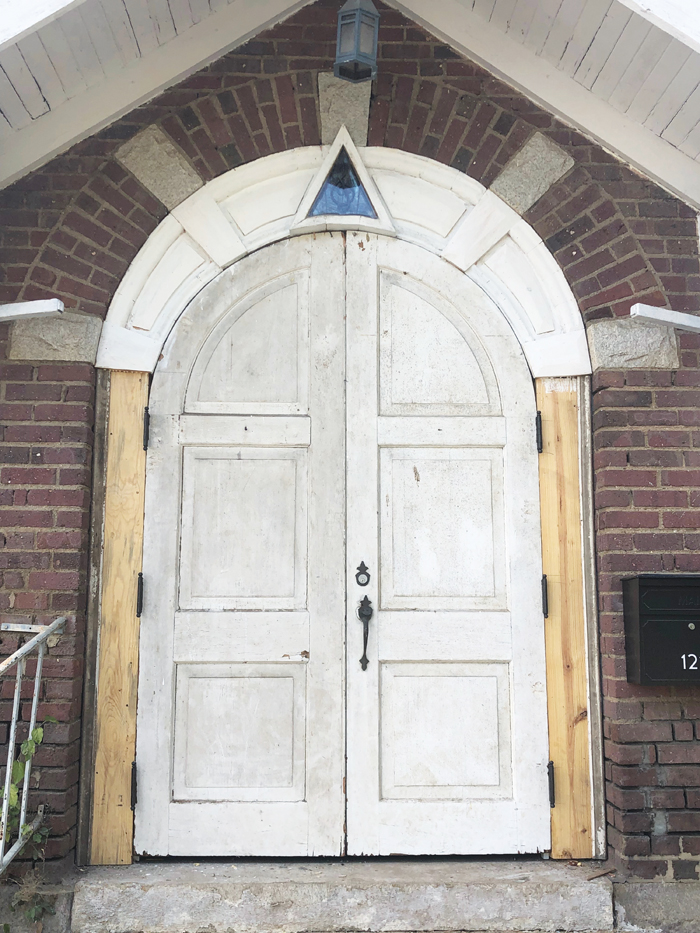 The doors were donated by Ellen Carter, age 96. whose grandfather helped build Oakdale Baptist Church, where the doors began their life.

When Beacon Hall – originally Second Presbyterian Church – was built in 1913, it boasted large stained-glass windows. Roanoke-based Black Dog Salvage, of “Salvage Dawgs,” the TV show on HGTV, DIY and Discovery networks, removed all the windows as well as pews and oak pocket doors in 2013, with the permission of Foursquare Church, who owned the building at that time.

Beacon Hall reached out to Black Dog earlier this year and asked if they’d like to donate the one remaining window back. When Black Dog learned about Beacon Hall and its mission, they agreed to donate the massive 12-foot by 6-foot window.

New Sarum Brewery is providing beer and Beacon Hall board members will be grilling hot dogs.

Beacon Hall’s new arched front doors have been installed, thanks to a grant from Foundation for the Carolinas and work by local craftsman C.J. Peters. The doors were donated by Ellen Carter, age 96. Her grandfather helped build Oakdale Baptist Church, where the doors began their life.

When a friend took her a photo of the doors, she studied it for a moment, laid her finger on it, and tears filled her eyes as she said, “My daddy was the janitor and the music director at that church.”
The stained-glass triangle above the doors bears an iron treble clef, created by Beacon Hall founder Jody Blackwell.