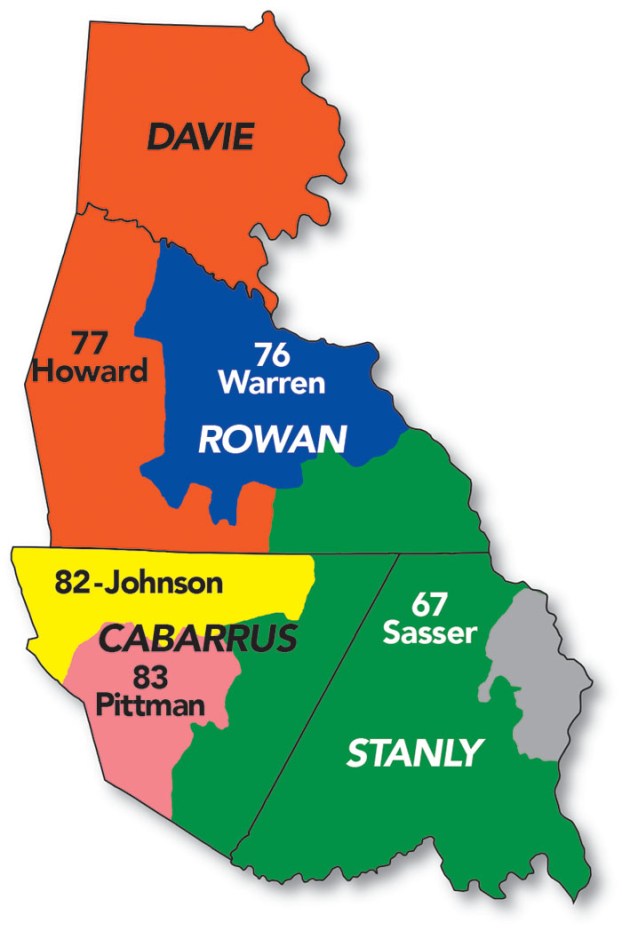 The new state House and Senate district lines that the General Assembly approved this week have been sent to a three-judge panel — the same panel that declared the boundaries lawmakers approved in 2017 violated the state constitution. The ruling directed nearly half of the legislature’s 170 districts be redrawn, in both urban and rural areas.

Outside analysts say the new maps are less weighted in Republicans’ favor than those used in last year’s elections, when recent election results and other factors are considered.

“Given a baseline of perfect symmetry, one would find the remedial plans better than their predecessors but still reasonably far from treating both parties equally,” wrote Nicholas Stephanopoulos, a University of Chicago law school professor involved in a previous partisan gerrymandering lawsuit in Wisconsin.

It’s unclear whether that will satisfy the judges, who could reject some or all of the altered districts and redraw them with the help of an outside “referee.” A decision isn’t expected until at least next month.

Their Sept. 3 ruling marked the first major decision in a partisan gerrymandering case since the U.S. Supreme Court decided in June to stay out of such controversies. But the federal justices suggested state courts could intervene, and the North Carolina judges did just that in a trial held in July.

Political parties and redistricting overhaul advocates nationwide are watching the results closely as they weigh similar state-level challenges before the next decennial round of remapping begins in 2021.

The maps, once final, will be used next year. Republicans took sole control of the legislature in 2011 for the first time in 140 years, and they approved maps that help expand their majorities. Their seat margins narrowed in 2018 so that Democratic Gov. Roy Cooper’s vetoes can be upheld if Democratic lawmakers stay united.

Based on 2016 and 2018 vote totals, generic Republican candidates still appear favored to win a majority of both the House and Senate districts under the new maps, according to academic analyses.

In the House, where Democrats won 55 seats last year, picking up nine over the previous cycle, the analysts calculate they would be in good position to win anywhere from 49 to 53 seats in 2020. A House majority requires 61 seats. The Senate seems a little better chance for Democrats, who currently hold 21 of the 50 seats. Based on recent election results, Democrats are in good shape to win 22 or 23 seats next year, the analysts said. A Senate majority requires 26 seats.

Michael Bitzer, a Catawba College political science professor, cautioned that his evaluations are based on past electoral performance.

“We have a sense of voter loyalty, but we don’t have a sense of who shows up and is motivated, and that’s the great unknown right now” for 2020, Bitzer said in an interview.

The panel of three judges said Republicans had previously manipulated districts to make it virtually impossible for Democrats to win a majority, citing the subpoenaed files of late GOP consultant Thomas Hofeller in their order. But the judges’ didn’t order legislators to make the new districts as politically competitive as possible. Instead, they prohibited legislators from using voter registration percentages and election results and from “any intentional attempt to favor voters or candidates of one political party.”

“Every effort has been made to create fair, nonpartisan, and court-compliant districts,” Republican Senate leader Phil Berger said in a release urging the judges uphold the maps.

Republicans based the districts on combinations generated for the trial by University of Michigan mapmaker Jowei Chen, who testified for the plaintiffs. Chen used algorithms that omitted partisan data to randomly generate thousands of statewide maps and show that Republican-approved maps in 2017 had extreme partisan bias. But using Chen’s maps could pose other problems, another researcher said.

“In a map biased by the algorithm’s rules, a majority vote for Democrats (statewide) could easily elect a majority of Republicans,” Sam Wang, director of the Princeton University Gerrymandering Project, wrote in an online post.

Common Cause and other plaintiffs in the lawsuits haven’t yet said what they think about the maps. The lawsuit is being funded by the National Democratic Redistricting Committee, led by former U.S. Attorney General Eric Holder. The NDRC declined to comment.

House Democratic leader Darren Jackson believes the new districts will have to result in more competitive races benefiting Democrats because the 2017 maps were so gerrymandered.

“Any change to that had to better for us by definition,” Jackson said. “It can’t be worse.”

GOLD HILL — A 2-year-old boy was found wandering in the road naked for half an hour, the Rowan County... read more