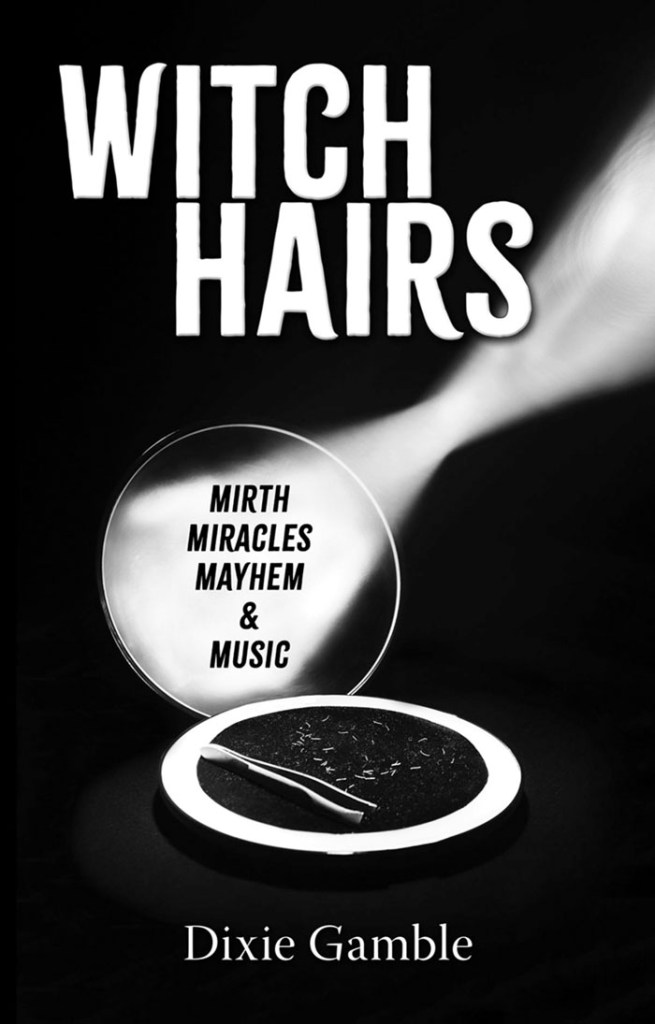 Dixie Gamble will be at South Main Book Co. on Wednesday, Sept. 25, to do a reading and sign copies of her book, “Witch Hairs: Mirth, Miracles, Mayhem & Music.”

That’s Dixie Cauble Gamble, who grew up in Salisbury, on Cauble Road, who went to Salisbury High School, where she met and married J.B. Gamble, when they were very young.

J.B looked and sounded a lot like Elvis, and he got an offer to work at Opryland, so they moved to Nashville, where the marriage didn’t last, but Dixie found success, rising to become president of a record company that’s now part of Sony.

Her book tells her story, from that puppy love — literally — to her days as an advocate for mental health, and all that came in between, including a marriage to Jimmy Bowen, a record producer.

She writes about falling in love with J.B. The high school kids were hanging out at Fulton Street Pharmacy, near the school, and she saw a red Chevy convertible with the best looking guy she had ever seen, holding a puppy.

“I tried not to pay attention to the guy, so I looked at the puppy … then at J.B.’s puppy eyes,” and they fell madly in love on the spot. “We were so young, too young.” He went on to have a successful career as a musician while Dixie worked at the record company.

After a while, she realized she was not very good at playing the corporate game, keeping her mouth shut and playing the toady.

While married to Bowen, who produced Frank Sinatra, Dean Martin and others, she realized she needed her own creative path. Sadly, her younger son was diagnosed with a severe mental illness. “He was a musical prodigy,” Dixie says, and what happened “brought me to my knees.”

“I did a lot of work in advocacy. I put my heart and soul in that to help those like my son. I was fierce about my son, and he’s lucky he had a family to fight for him.”

Along the way, she did a documentary in Australia’s Outback, and was invited to dance a sacred dance with the aboriginal women. “It was a spiritual and creative highlight of my life.”

Her current husband, John Jorgenson, is a world-class bluegrass musician, who happened to get a booking at Lee St. theatre last year while he was between gigs. He liked it enough to return this year, as well. He said yes because Salisbury is Dixie’s home.

Dixie believes everything is connected; there are no accidents.

She writes about the Cauble homeplace she remembers, on what is now Cauble Acres. It was an old house in the middle of an oak grove. “We used to sit on the porch all the time. We didn’t have air conditioning or central heating. We talked to so many people on that porch.”

Her father, Gaither Grier Cauble, was going to be a doctor, but it was about the time penicillin became available, and he didn’t like the idea of giving patients drugs. So, he studied to be a chiropractor and naturopath, “way before his time,” she says. He was also a gentleman farmer, raising mostly cotton, and a garden. He never used pesticides, and was very careful about what his children ate. “We loved Campbell’s tomato soup,” she remembers, and Mom would skim the cream off the fresh milk and mix it with that soup. We loved it.” Her father, however, told them they couldn’t have canned soups. He realized the acid in the tomato soup was leaching some of the aluminum out of the can, and knew ingesting aluminum was bad.

Dixie reveals some family secrets in the book, including one that has a happy ending.

You’ll recognize a lot of musicians in the book, including Elton John, for whom Dixie’s husband, John, played at one time. John and Dixie were married in England on the day Princess Diana was killed.

There’s so much in the book, Dixie says, and she hopes people here will be interested, even though it’s been a long time since she’s been back.

At Parnassus Books in Nashville, 200 people came to her book launch.

“But you know how North Carolina people are. When you see each other, you just get that feeling. I’m so excited to come home and experience that.”