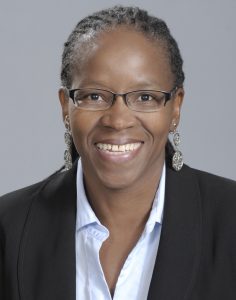 The editorial published last Sunday reflecting our current mayor’s travels (“City Council must ensure trips are worthwhile”) was a campaign plug for other candidates — some who have ambitions of being Salisbury’s mayor.

Ambition is noble. The Salisbury Post’s plug of any candidate, using falsehoods about other candidates, is not.

The article and the editorial were framed to tarnish the current mayor’s reputation; any thinking and unbiased citizen can discern this. At a glance, the comparison table makes it clear. The $14,842 expenditures of one mayor doubled the $7,691 expenditures of the prior mayor, with each taking a total of 12 trips. At $22,480, the current mayor more than tripled the work (taking 32 trips) at less cost per trip. And she didn’t double the expenditures of her immediate predecessor.

I’ve observed during some council meetings that some council members engage in shaming the poor, especially people of color. They brag about how they pay their way to conferences on behalf of the city or don’t ask for reimbursements. Are they promoting “pay to play” in Salisbury politics? Should the poor have no decision-making power about what goes on in our city? Should the poor not run for office?

This exchange was established before Heggins became mayor. Salisbury previously sponsored an entire delegation from Salisbury, England, with help from patrons.

Heggins’ only international trip was to England. Hawaii is one of the 50 United States, and mayors don’t choose conference locations.

The poor from all racial, ethnic and linguistic groups have been on the back burner of the Salisbury government for a long time. Our current mayor has given voice to our plight. We should not allow ourselves to be pushed aside again. Our current mayor acknowledges that the poor matter and strives to get our voices at the table to express our issues and concerns.

We are tired of some rich people, especially politicians, throwing their wealth in the faces of the poor and saying their concerns do not matter because of economic status. Being poor does not invalidate our important voices. We should always have a seat at the table and be recognized as being capable of running for office.

Jesus said it is difficult for a camel to go through the eye of a needle. It takes effort for the wealthy to fully consider the plight of the poor and the vulnerable. Therefore, let us not be deceived by devious newspaper articles and editorials.

In short, the Salisbury Post should stop campaigning for candidates and publishing falsehoods. Candidates should campaign for themselves telling truth.

Dora Mbuwayesango is a resident of Salisbury.

When major developments come to town, local government has a duty to ensure the public has ample advance notice. Less... read more

David Freeze: More than expected happens on trip so far