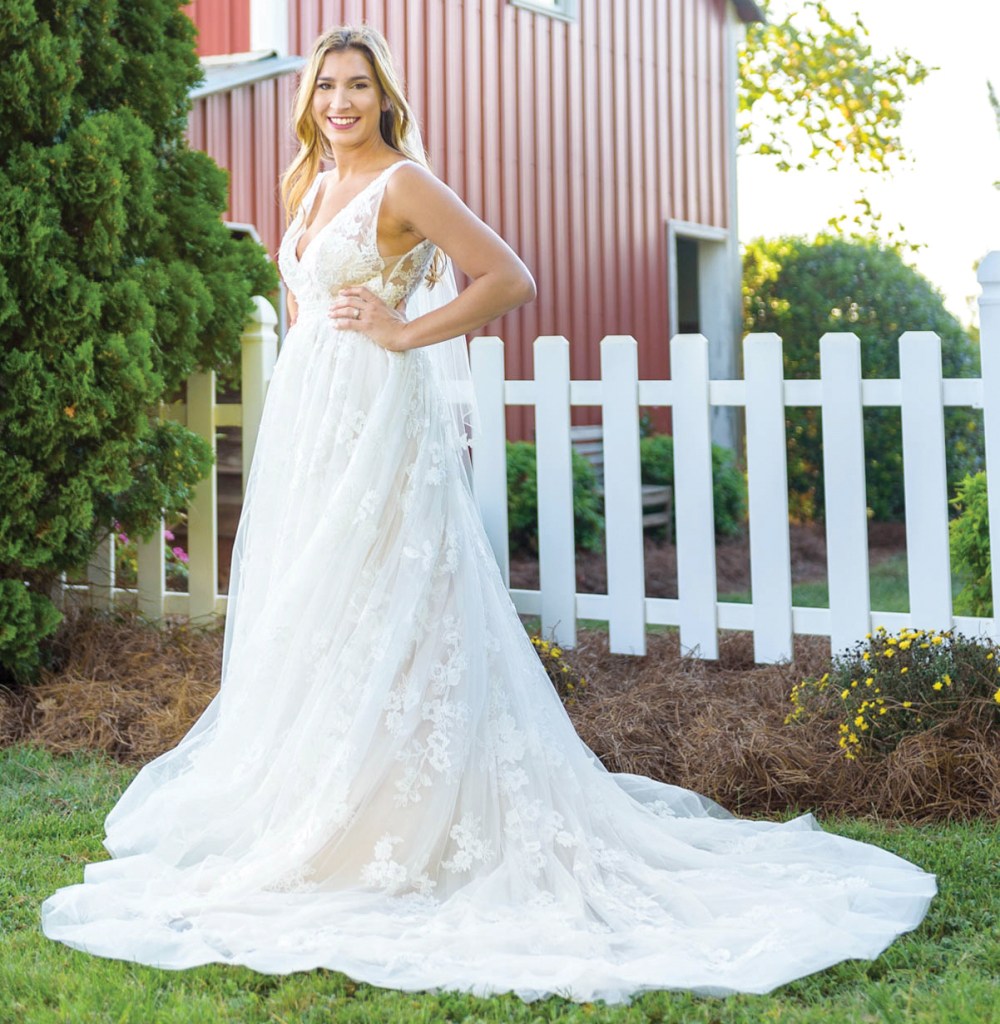 BethAnn Martin and Eric Stowe of Salisbury were united in marriage Sept. 7, 2019, at Patterson Farm, Mt. Ulla. Jerome Cloninger officiated the 5 p.m. ceremony which was followed by a reception at Patterson Farm.

The bride was escorted by her father, Nathan Martin. Attending as her maid of honor was Avery Locklear of Landis. Bridesmaids were Leah Huggins of Hope Mills, Taylor Kluttz of Kannapolis, Taylor Martin of Salisbury and Hayley Morgan of Granite Quarry.

Flower girl was Quinn Roberts of China Grove. Ring bearers were Parker and Oliver Overcash, both of Salisbury.

The bride is the daughter of Nathan and Cindy Martin of Salisbury and the granddaugher of Jerry and Joan Hartsell, Glenda and the late David Martin and WJ and the late Margaret Roberts. A 2015 graduate of South Rowan High School, BethAnn graduated from Catawba College in 2019 with a bachelor of arts in psychology and a minor in business. She is employed with Patterson Farms and is working toward her real estate license.

The groom is the son of Kendra and Eddie Ashworth of Kannapolis and the grandson of Richard and Linda Barnhardt, Kenneth and Sandy Thompson and Delores and Michael Shepherd. A 2015 graduate of South Rowan High School, Eric is employed with UPS.

Following a wedding trip to Cancun, Mexico, the couple will make their home in Salisbury.