Tyler Reddick stretches gas tank to a win in the desert 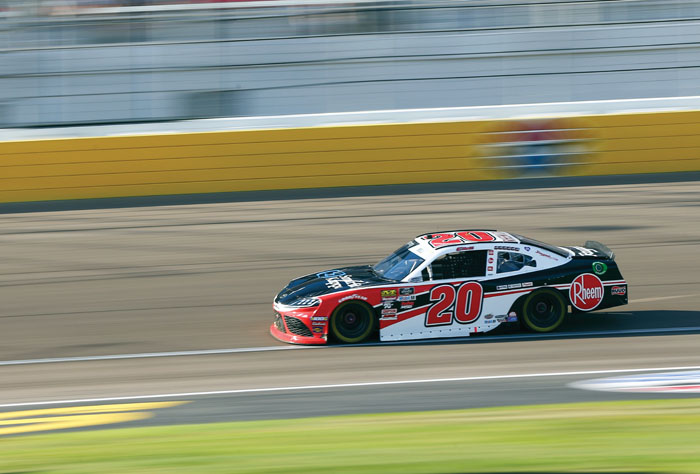 By JENNA FRYER AP Auto Racing Writer
LAS VEGAS (AP) — Tyler Reddick stretched his final tank of fuel Saturday to win the NASCAR Xfinity Series race at Las Vegas Motor Speedway and wrap up the regular-season championship.
Christopher Bell had the most dominant car but Reddick’s Richard Childress Racing team gambled on fuel strategy to beat Bell for the win. The reigning series champion has five wins this season.
Reddick had to save as much gas as possible over the final stretch and the conservation mode allowed Bell to close the gap. Bell and his Joe Gibbs Racing team were likely hoping Reddick ran out of gas, but he picked up his pace over the final four laps as Bell closed in.
Reddick made it 70 laps on his final tank of gas.
“It was stumbling,” he said of the final few moments of the race.
Bell wound up second and wondered if he could have won his seventh race of the season if he had pushed harder at the start of the final run, when he had a full tank of gas. He led a race-high 154 laps.
“It’s the second time this year we got beat by circumstances,” Bell said. “Very, very disappointing.
The race was the final event before the playoffs begin for NASCAR’s second-tier series, but the 12-driver championship field had essentially been set on points prior to the green flag. Reddick needed just 11 points to claim the regular-season title, with Bell the only driver mathematically eligible to catch him.
“What I wanted to do was get that locked up before we went and tried to win the race,” Reddick said of the regular-season title. He was presented with the trophy, then stood by and listened team owner Richard Childress said Reddick’s driving style reminds him of Hall of Famer Cale Yarborough.
“We ain’t done yet. We got to go to Homestead and get another trophy,” said Reddick, who won last year’s title driving for JR Motorsports.
Brandon Jones was third, followed by Cole Custer, Justin Allgaier, Noah Gragson and Gray Gaulding.
The Xfinity Series eight-race postseason begins next week at Richmond Raceway in Virginia.
___
More AP auto racing: https://apnews.com/apf-AutoRacing and https://twitter.com/AP_Sports