WOODLEAF — A 35-year-old Rowan County man is dead following a shooting in Woodleaf, and the sheriff’s office is asking for the public’s help in solving the crime.

Robin Otto Worth Jr., of Grub Ferry Road, was found dead at about 3:50 a.m. Saturday in the yard of a house at 5920 Foster Road, near the Iredell County line. He died because of a gunshot wound, the Rowan County Sheriff’s Office said. 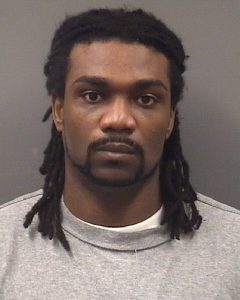 Detectives collected evidence and statements from people in the Foster Road area and learned that there was an exchange of gunfire at the house, the Sheriff’s Office said.

Both men were sent to Baptist Hospital in Winston-Salem for surgery. Their condition was unknown on Saturday afternoon.

The Sheriff’s Office said its detectives would continue investigating. Anyone with information about the incident should contact the Rowan County Sheriff’s Office at 704-216-8700 or Crime Stoppers at 1-866-639-5245.