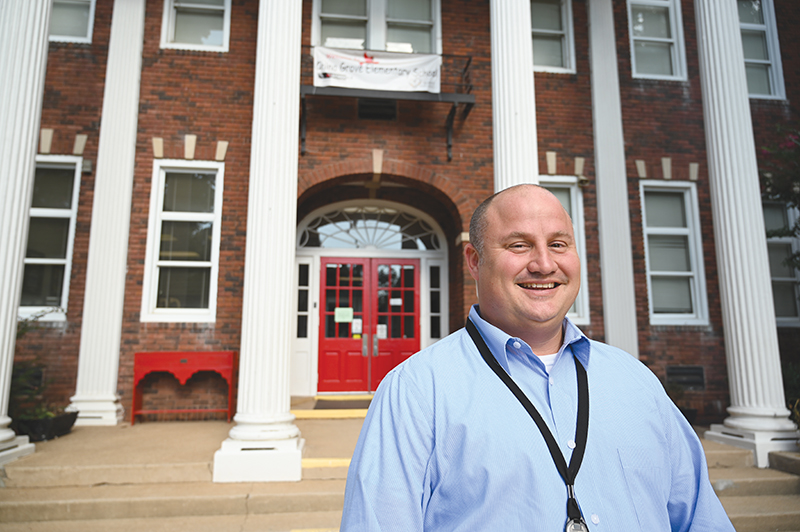 CHINA GROVE — Cory Stirewalt’s excitement about his new job is easy to spot.

He’s worked as assistant principal at China Grove Elementary since August 2017. And, he’s also an online teacher of psychology, AP psychology, civic and economics for Granville County Schools, a job he’s had since June 2015. He previously taught for 14 years at A.L. Brown High School and one year in Catawba County.

His new job as principal of Bostian Elementary brings a smile to his face quickly. Stirewalt said he’s excited about Bostian’s tradition of excellence and wants to continue that, particularly with its focus this year on service to the community as part of its “renewal” plan.

Stirewalt said he’s enthusiastic about “renewal” in general, too, because of “the focus on the kids as individuals and finding their passions.”

When he gets to Bostian Elementary next month, Stirewalt plans to spend a lot of time listening, learning and observing the flow of the school.

A Kannapolis native, Stirewalt received his bachelor’s degree in history from Lenoir-Rhyne University, his master’s degree in secondary social studies education from the University of North Carolina Charlotte, and a graduate certificate in AIG and add-on licensure in school administration from UNCC, too.

Stirewalt said his first job was in Catawba County, in part because he wasn’t ready to come back home yet, with a brother still in school in Kannapolis.

So, why after 14 years of teaching high school students did Stirewalt choose administration at the elementary level?

In part, it was having kids of his own, both of whom are in elementary school, he said. Elementary education may also run in the family, as Stirewalt’s wife, Miriam, teaches first grade.

The hardest part of moving to Bostian, Stirewalt said, will be leaving the students he’s come to know in China Grove. Of the more than 550 students enrolled at China Grove Elementary, Stirewalt said he could probably name about 450.

“It’s an exciting opportunity, but I’ll miss the students here,” he said.