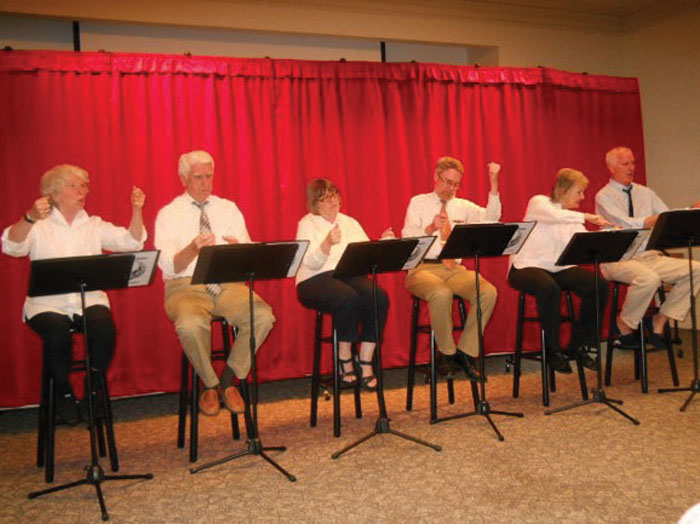 The Phoenix Readers in action

The Phoenix Readers, a performance wing of Center for Faith and the Arts in Salisbury, NC, is pleased to announce their 2019-2020 season offerings.

Beginning September 26, the Phoenix Readers will be available to perform T“The Beatles Lyrics (Yeah, Yeah, Yeah),” The show will feature some of the best known and best loved lyrics in addition to background material about the group and how the songs were written.  The show runs approximately 30 minutes.

For Christmas programs starting as early as November 14, “An Immigrant’s Christmas in America” or “Angela and the Baby Jesus” will be available for performance. Combined, these two performances also run 30 minutes.

All performances are given at no charge, however donations may be made to The Center for Faith and the Arts, a 501-(c)-3 nonprofit organization.

To schedule a performance for your civic club, group, school, church or other organization, please contact Diane Hooper at dianedhooper@gmail.com or call 704-636-3880.

Phoenix Readers was created in 2015 by Jim Epperson, a Catawba College faculty emeritus, former theatre arts department chair and dean of its School of Performing Arts.  Epperson not only directs the group but also writes and adapts scrips for performances.

Readers Theater is a style of performance combining traditional acting and reading techniques.  Seated on stools and reading from scripts, performers use gestures, facial expression and vocal expressions that clues the audience to see, hear, and experience whatever form of literature is being read – poetry, songs, play, short story, letter, etc. Readers Theater has often been called ‘theatre of the mind’ as the audiences ‘see’ the dramatic action.