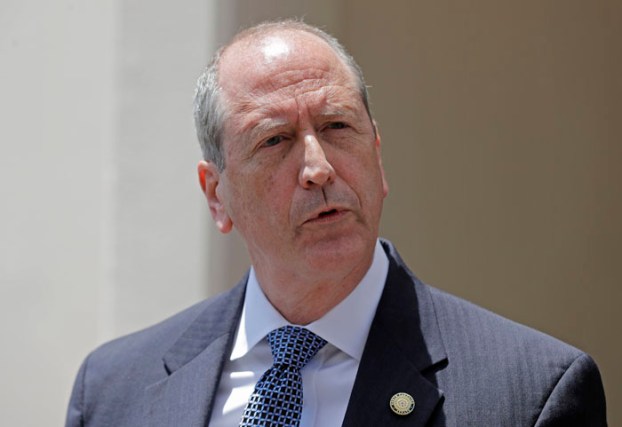 On Tuesday, our neighboring congressional district finally concluded a years-long campaign for the House of Representatives.

Briefly, a recap: In 2018, Mark Harris, a pastor and the Republican candidate, won by a narrow margin of about 1,000 votes, or 0.4%. Dan McCready, an entrepreneur and retired Marine, ran as the Democrat, and hammered a message around health care and prescription drug costs. No Democrat has represented the 9th district since the 1960s.

But after the results showed a slim victory by Harris, a few signs of electoral discrepancy appeared.

A Republican operative orchestrated a ballot harvesting scheme, where people were paid to collect absentee ballots that are meant to be mailed in, offering to submit them for people. Some of those ballots were unsealed, and a number of votes exceeding the margin of victory were in question.

Ballot harvesting is illegal in North Carolina, and the North Carolina State Board of Elections refused to certify the results. Ultimately, a new election was scheduled, which finally saw its conclusion Tuesday.

Salisbury’s own Michael Bitzer played an essential role in explaining the discrepancies with his indispensable election analysis, demonstrating the statistical anomalies coming out of the counties where the scheme affected vote counts.

Dan McCready returned as the Democratic candidate, facing off against Dan Bishop, a Republican State Senator best known for his role in crafting House Bill 2, the bathroom bill.

The race saw national press coverage, millions in outside spending and, on election eve, a visit by President Donald Trump and his coterie in Fayetteville.

Bishop won the night, extending the margin of Harris’ tainted victory in 2018 and overtaking McCready by about 4,000 votes. In a district the president carried by 12 points in 2016, consecutive congressional races resulted in near ties. Much has and will be made about the outcome of this race.

Here, I will make more.

First, the political environment remains poor for Trump and the GOP as a whole. A win is a win, and I doubt Dan Bishop cares much about his margin of victory, but tight elections in ruby red districts does not augur well for 2020.

There is a danger in drawing too many conclusions from a single race, particularly when a district on the other side of the state, the 3rd, held a special election concurrently and the Republican, Greg Murphy, matched Trump’s performance in 2016. Extrapolating 2020 from one special election is reading a single tea leaf; that said, it’s a data point.

Second, Democrats should not expect anti-Trump sentiment to carry them to victory in congressional elections next year.

House candidates are constrained by the boundaries of their district. The 9th, for example, stretches from the suburbs of Charlotte, along the South Carolina border, and ends in Bladen County near Fayetteville.

While North Carolina has focused in the last week or two on a landmark gerrymandering decision that threw out our legislative districts, the congressional districts remain intact.

New districts will be drawn for North Carolina House and Senate races by 2020, but the 13 congressional districts are not affected by that decision. Gerrymandered districts prove their value to the party that drew them when a 10-point swing towards the opposition still protects the seat.

And finally, Democrats and Republicans will have to take a hard look at changing dynamics in different types of places. Southern Mecklenburg is historically a GOP stronghold, but Democrats have made inroads south as the suburbs of metropolitan areas become less Republican. The inverse is true in rural areas: Democrats have crumbled and that trend is only continuing. The rural-urban divide is only intensifying.

The results in this week’s special elections should be considered as single data points in a longer trend. Democrats and Republicans alike have their work cut out for them in the coming months before 2020. In fact, Bishop will barely be sworn in before he’ll need to file for reelection, starting in December. It’s about to be election season again in North Carolina’s 9th.

Kirk Kovach is from Rowan County and writes for politicsnc.com.

Editorial: Landis board should focus on helping Hosey, staff instead

In a town where it’s more important than ever to right the proverbial ship, the Landis Board of Aldermen isn’t... read more