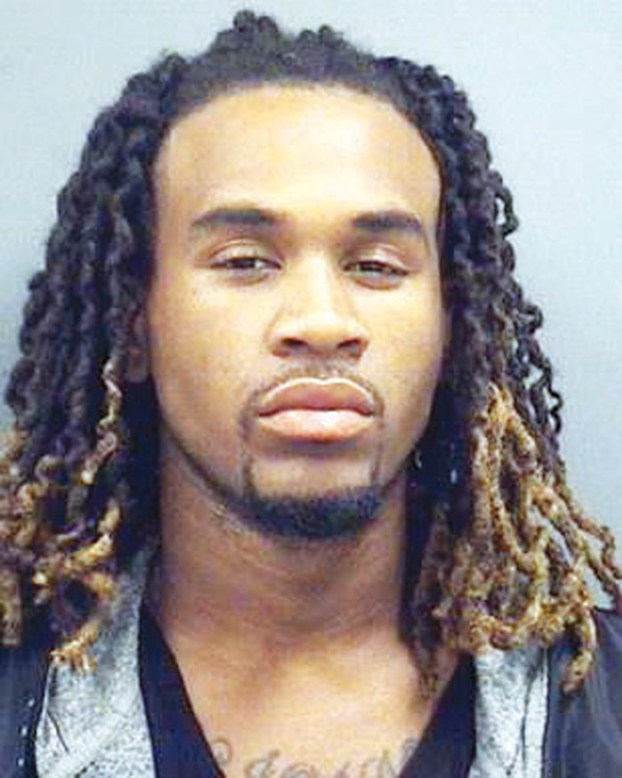 SALISBURY — A key witness in the murder of 25-year-old Mariah Nicole Turner that led to the arrest of Witt Darnell Alexander admitted smoking crack cocaine before the June 24, 2018, shooting, court documents show.

The documents are part of a timeline created by Alexander’s defense team that show the Rowan County man was not in the area when Turner was shot and killed during a home invasion at her parents’ Long Street home.

On Tuesday, the Rowan County District Attorney’s Office dismissed the first-degree murder and other subsequent charges against Alexander, who was released after serving 14 months in the county jail awaiting trial.

In a statement, Alexander’s attorney, Doug Smith, said the legal team included two investigators, a paralegal and himself. His client wants to thank the team and the Capital Defender’s Office and Indigent Defense Services for their work, Smith said.

Turner, who was pregnant, died shortly after being shot while trying to close the front door during the home invasion. Turner died at the scene.

Alexander was picked out of a photo lineup, according to search warrants. He was arrested hours after the shooting and charged with first-degree murder, discharging a weapon into an occupied property, assault by pointing a gun, possession of a firearm by a felon and murder of an unborn child.

The timeline, which is contained in the court file, shows Alexander and a male friend walking in uptown Charlotte and at a Salisbury convenience store buying gas and snacks.

At 12:30 a.m. on the morning of the shooting, Alexander used a Chevrolet Malibu that belongs to his girlfriend, La’Andra Rorie. The car is seen on surveillance video at the Circle K store at 1015 E. Innes St. A minute later, Alexander’s friend gets out of the vehicle and walks into the store.

At 12:45 a.m., Alexander enters the same store wearing the same clothing he was wearing the day before in a post on the social media website Facebook. Alexander spoke with a woman via Facebook at 1:42 a.m. An investigator for Alexander’s attorney located the woman, who recalled seeing Alexander at a Charlotte motel. He contacted her after he left her, she said.

According to the court documents, a Charlotte Area Transit System security camera shows the Malibu on Fourth Street in Charlotte at 2:39 a.m. At 2:41 a.m., security video at the Epicentre shopping mall in Charlotte shows the car turning onto East Trade Street. At 2:52 a.m., Alexander and his male friend are seen on Charlotte-Mecklenburg Police Department video walking on East Trade Street. Two minutes later, the men are shown on security video walking in front of Epicentre.

The documents say that just before 3 a.m., a witness told Rowan sheriff’s detectives that the shooter was a black man with dreadlocks who wore a white tank top and red shorts and was driving a Nissan Altima. At 3:03 a.m. and 3:07 a.m., other security cameras catch Alexander and his friend walking on East Trade Street in Charlotte.

The documents show a still image of the gray Malibu parked in front of a 7-Eleven store on Sugar Creek Road in Charlotte at 3:50 a.m. Alexander and his friend go inside and buy soda and chips.

Detectives talked to a witness who said he knows who the shooter was but couldn’t remember his name. The witness identifies Alexander from the cellphone of a member of Turner’s family.

Alexander was arrested at his South Caldwell Street home at 9 a.m. The document notes he was wearing the same clothing he was wearing on the surveillance videos. Officers searched his home for clothing that matched the description of the shooter given by the witness, but they seized nothing.

Alexander’s girlfriend, Rorie, spoke with the Post in 2018 and declared his innocence. Rorie said she tried to provide detectives with information, but she felt as though they had made up their minds that Alexander was guilty.

On July 11, 2018, a relative of Mariah Turner met with investigators and cast doubt on the eyewitness’ identification. At a subsequent hearing, the timeline was presented by the defense team.

This week, Rowan County officials have said the investigation is ongoing.