Can wealthy family overcome their differences? 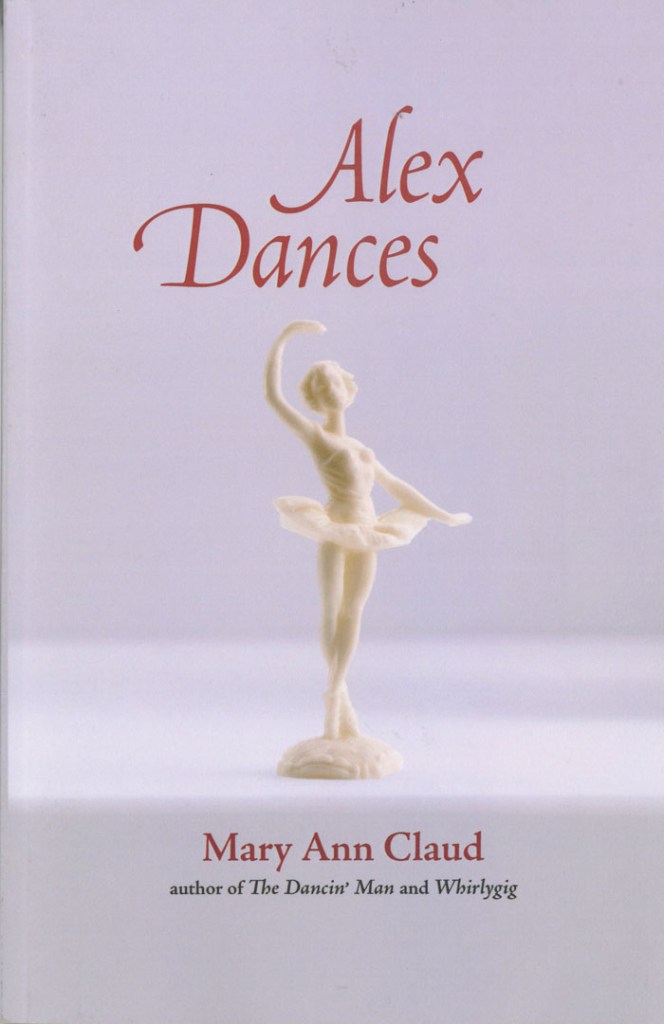 This is the third book in a loose series about a wealthy textile family in the North Carolina mountains and what happens to them after textiles go bust.

The good news is, they survive; the bad news is, this novel is full of foreshadowing that someone will suffer.

You don’t need to read the first two, “The Dancin’ Man” and “Whirlygig: The Dancin’ Man’s Daughter” to understand this story. Those novels are the background that Claud pulls in now and then in this story of a young woman whose dream to be a ballerina is at odds with her strong-willed mother’s idea of a career.

This novel is also about what it’s like to be in total control, and then lose it, and how it feels to find happiness and see it slip away. When one family member succeeds, others face uncertain futures. Sometimes the unknown, though, is what keeps them moving.

Alex is the teen daughter of Volly and Hughes Dixon, Volly is her grandmother Dolly’s legacy. Dolly was one of only a few women to run a textile mill, and she ruled it firmly. Dolly had an iron will and enough determination to outlast many of her competitors.

Dolly’s son, Ted, is Volly’s father, and a tireless supporter of his granddaughter, Alex. He and his second wife, Anson, are Alex’s moral support, and they bankroll her dreams.

Volly, owner of Volly’s Folly, a series of fashion boutiques using fabric she designs and creates at the family’s former mill, is so busy having a successful career that she neglects not just her daughter, but her husband, as well. Volly feels she has to be as good as or better than her grandmother. She cannot fail at any thing she does. She micromanages every detail. She must be in control in order to succeed.

She takes the same approach with her daughter. Volly expects Alex to do well in a private school, go to college, and then join her in the fashion business.

But Alex, who ’s been taking ballet lessons, has a passion for dance that is as strong as her mother’s passion for fashion. Volly thinks Alex is wasting her time, and worse, wasting the family’s chance at more success. She thinks the dancing is a passing fad, and that Alex could not possibley be good enough to have a career as a dancer.

Alex is as determined as her mother to get what she wants, and the two simply do not have a good relationship, in fact, very little relationship at all. Volly insists her daughter call her Volly, not mother, for one thing, a strange distancing from her role.

Alex works hard at school, but harder at dancing, and when a successful summer of dance turns into an opportunity to advance her skills, she will do anything to make it happen. Volly calls the training summer camp. Alex explains to her beloved grandfather and Anson what it really means and how important dancing is to her.

Ted, or Pops, as Alex calls him, sees that Alex has her mother’s drive, and he can’t help but want what’s best for Alex, despite his daughter’s loud protestations.

Alex’s father, Hughes, is an attorney, and he’s wondering about Volly’s insistence on what Alex’s future will be, especially when he sees his daughter dance. With Volly absent so much, and her presence more of a visit than a commitment, Hughes agrees Alex can stay with her grandparents, where she has more freedom and they support her passion.

It’s a healthier environment all around. Her grandfather and his wife are very much in love, and very much in support of Alex. Anson tries to stay out of family business, but she knows Volly is volatile, insistent and stubborn. She offers Alex unconditional love.

Alex begins to see her dreams realized, just as Volly is stricken with a serious illness that knocks her off her feet and into a situation where stress must be eliminated.

By now, Alex has a chance with the American Ballet Theater, and a perfect dance partner. Her old boyfriend, whom she always thought she would marry, turns out to have more problems than either of them can handle, and she’s happy to be unencumbered, supported and free to dance.

Although these of families of wealth and privilege — they have gardeners and cooks and maids, as well as country club memberships — they are also confronted by reality.

For every success, every happy moment, there is a feeling that it will all come tumbling down somehow. No one family can be that lucky, can talk about how happy and blessed they are, without a setback.

Claud waits until the end of the book to unleash tragedy, and while it is a very sad event, it does leave hope for some of these people to continue with their dreams, to adjust their priorities and to start anew.

Readers will certainly marvel at how well it’s all going, and some may not expect disaster. Readers may also note that rich people do get more chances than the rest of us; it’s so convenient for the plot that money is not a problem.

Nevertheless, it’s heartfelt, and it makes a fitting conclusion to the trilogy or a good start to another book that follows young Alex and her dreams.

Mary Ann Claud is a former newspaper columnist and writer who lives in Tryon with her husband, Olin Sansbury.

Books to help parents get through the school year