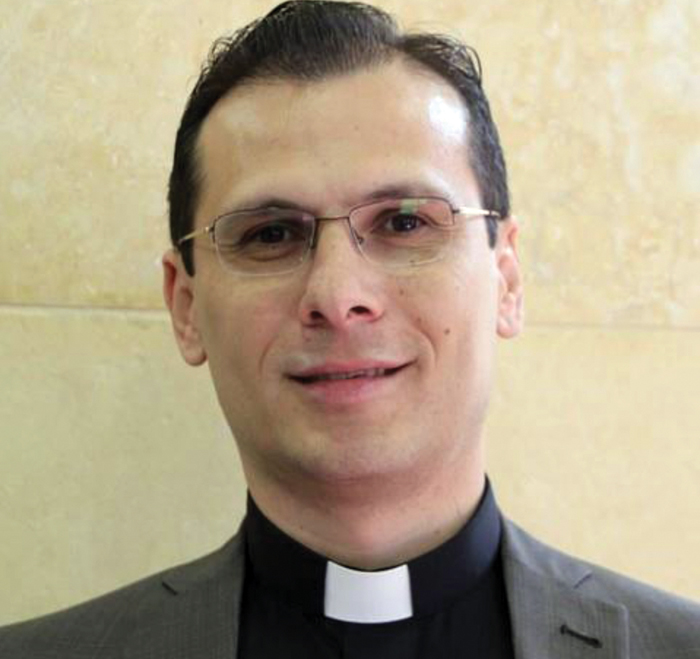 SALISBURY — St. John’s Lutheran Church has announced that a historic covenant will be signed between its congregation and that of Christmas Lutheran Church of Bethlehem at the 11 a.m. service Sept. 22.

The Rev. Dr. Munther Isaac, pastor of Christmas Lutheran, with be the guest preacher that day at the 9:27 and 11 a.m. services of St. John’s.

In addition, the public is invited to Isaac’s guest lecture and conversation, “The Other Side of the Wall: A Palestinian Christian Perspective on the Israeli/Palestinian Conflict,” from 5:30 to 7:30 p.m. Sept. 22 at St. John’s Lutheran’s Faith Center.

Palestinian cuisine will be served as part of the light refreshments.

Isaac also is academic dean of Bethlehem Bible College and director of Christ at the Checkpoint Conference.

Michael Connor, who heads the Salisbury’s church’s Palestinian ministry team, served in an ecumenical accompaniment program for three months in the Middle East, and it was during that time he came to know Isaac.

“The impetus of the relationship is about the decline of a Christian presence in the Middle East,” Connor said in the church newsletter. “It has dwindled to less than 2 percent of the population.”

And in Bethlehem, the Christian population is now only 12 percent, down from 86 percent in 1950.

Raheb retired from Christmas Lutheran in 2017 to become president of Dar Al-Kalima University, the only Lutheran college in the Middle East.

According to information from St. John’s Lutheran, part of the partnership with Christmas Lutheran will be sharing expressions of art.

St. John’s members create, for example, Chrismons, while the Christmas Lutheran congregation is known for its calligraphy and stained-glass ornaments.

“Art speaks a universal language,” Woolly said in the church newsletter. “We can learn so much about each other simply by sharing art with one another.”

Woolly also reports the congregations will be working together to write Advent devotions.

Connor and his wife, B.J., plan to return to the Middle East in January to serve as volunteer hosts for three months at a guest house in the Old City of Jerusalem.