SALISBURY — Authorities have dismissed the case against a Rowan County man who was jailed on murder charges for 14 months after an eyewitness placed him at the scene of a June 2018 shooting.

The home invasion led to the death of 25-year-old Mariah Nicole Turner and her unborn child. 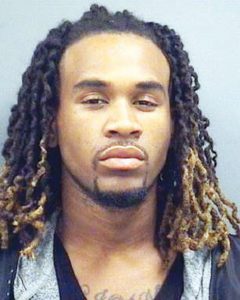 Witt Darnell Alexander Jr., 26, was released Tuesday from the Rowan County Detention Center after serving 444 days awaiting trial on charges of first-degree murder, discharging a weapon into an occupied property, assault by pointing a gun, possession of a firearm by a felon and murder of an unborn child.

Surveillance video reportedly shows Alexander at the Epicentre shopping mall in Charlotte at the time of the shooting. Alexander was initially charged June 24, just hours after the shooting at Turner’s Long Street home.

The witness told investigators that a car drove up to the house as the assault began. The witness recognized the man but didn’t know his name. Detectives identified the man the witness described as Alexander.

Alexander was one of six people whose photo was included in a lineup that was presented to the witness. The witness identified Alexander as the man who shot Turner.

Investigators said that intruders arrived suddenly at Turner’s home about 2 a.m. and tried to force their way in. Someone fired multiple shots into the residence. Turner was shot after she tried to close the front door. When deputies found Turner, they rendered aid until Emergency Medical Services crews arrived.

She died at the scene as a result of her injuries.

In a 2018 interview with the Post, Alexander’s girlfriend, La’Andra Rorie, said Alexander was innocent and she disagreed with the findings reported in search warrants. Rorie told the Post she tried to provide detectives with information, but she felt they had made up their minds that Alexander was guilty.

Rowan County Sheriff’s Department officials said additional information was found that “potentially supported an alibi that was provided by the defendant. The current charges for Alexander have been dismissed.”

The Sheriff’s Office declined further comment, saying the investigation is ongoing and Alexander is still a potential suspect.

A Post reporter was unable to reach Alexander’s attorney, Doug Smith, by deadline.