‘I think you did too much’: Celia Summitt marks her 105th birthday 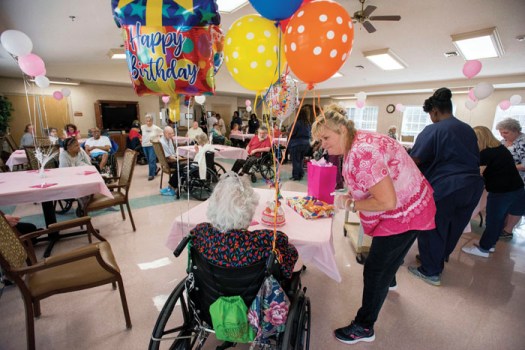 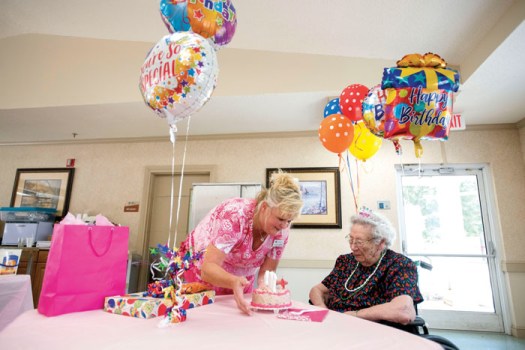 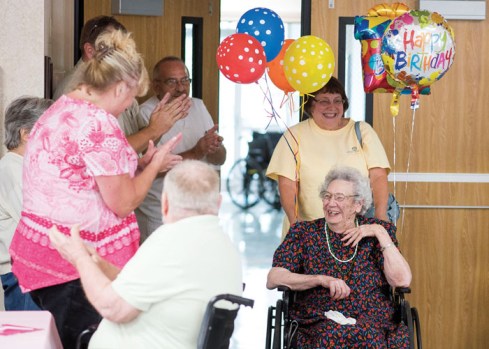 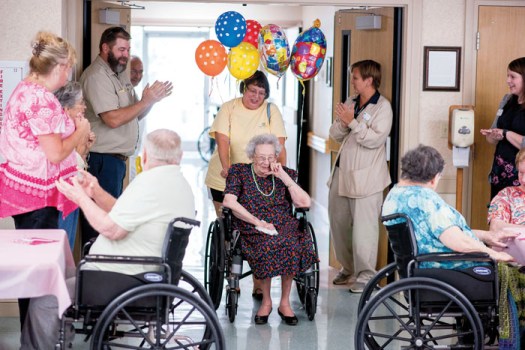 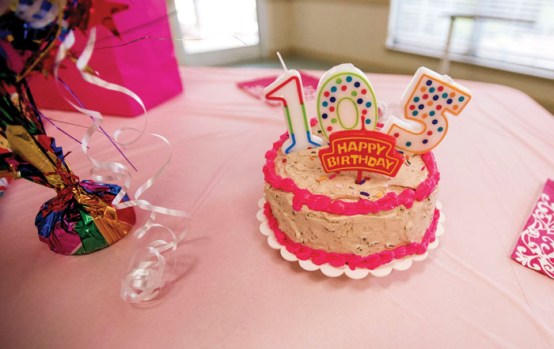 SALISBURY — Back in June 2010 when Celia Summitt was in her 90s and still living alone, she fell in the blackberry patch outside her house and couldn’t get up.

She lay there all night, drifting in and out of sleep, waiting for the sun and hoping the new day would bring a rescue. A neighbor luckily heard her shouting the next morning and called for an ambulance.

As you might have figured out already, Celia is resilient. She wound up rehabilitating at The Laurels of Salisbury before going back home.

Since May 2014, she has been a permanent resident at the nursing home off Lash Drive, and The Laurels staff, volunteers and fellow residents surprised her with an afternoon party Tuesday.

It marked her 105th birthday.

As granddaughter Lynn Summitt pushed Celia into the party room, everyone greeted her with shouts of “Surprise” and a boisterous rendition of “Happy Birthday.”

They then feted Celia with all the usual stuff — chocolate birthday cake (her favorite), ice cream, punch, pink-and-white balloons and a tiara for her head.

“I think you did too much,” Celia said, a hint of protest in her voice.

There were some gifts, including a bag of butterscotch candies. Volunteers Marsha Flowers and Vickie Page presented her with a new nightgown.

Chandra Adkins, activities director, gave her a gift bag “from me and all your gals.”

From the bag, Celia pulled out a new pair of black flats. “She has her little black shoes, and they’re quite worn out,”Adkins explained.

Adkins made sure Celia noticed that the shoes included the comfy foam inside.

Celia Summitt likes to read her newspaper, and Tuesday she had it stuffed on the right side of her wheelchair for easy access.

But since Sunday afternoon, Celia has been reading something else, going through the stack of cards she received at another birthday celebration — this one at her home church, Salem Lutheran.

About 100 family members and friends showed up at the church fellowship hall Sunday. It also was a surprise. Granddaughter Lynn drove her to the church that afternoon under the ruse they were just going for a drive.

“She’s an amazing woman,” Lynn said. “I’m lucky to have her as my grandmother.”

Celia grew up in Rowan County and lived all her life in the Briggs Road-Sherrills Ford area. Her maiden name was Briggs, and she was the second oldest of seven children.

Celia grew up on a farm doing every chore that had to be done. She married Barkley “Bark” Summitt on Feb. 2, 1941, and the couple had four children — Patsy, Jimmy, Jeannette and Tommy.

Celia spent many years as an accomplished seamstress for Norman’s of Salisbury. Bark was a welder for Vulcan Materials and later retired from Gamewell Mechanical. He died in 1997 at age 81.

In her family, Celia was always known for her gardening and cooking. Salem Lutheran Church often held chicken-and-dumpling suppers, and Celia regularly contributed her own expertise.

Lynn said her cousin Travis Summitt mentioned the other day, “No one made it better.”

Celia and Bark had seven grandchildren. To give you an idea of the good genes in the family, three of Celia’s siblings are still living — brothers Gerald and Garland Briggs and sister Mary Ellen Earnhardt.

It’s all about staying active. “I don’t have a secret,” Celia adds. “I just lived a long life.”

Adkins said when she comes to work in the mornings, Celia is one of the first to greet her and ask, “What are we doing for the day?”

“She is a joy to have, an absolute joy,” Adkins added.

At her 104th birthday last year, Celia told everyone, “I’m looking forward to it next year.”

And here it is.

Celia often wears something she made, and Tuesday was no exception. She sported an attractive black blouse with bright flowers.

No blackberries, by the way.