Gem Theatre named to National Register, will get improvements 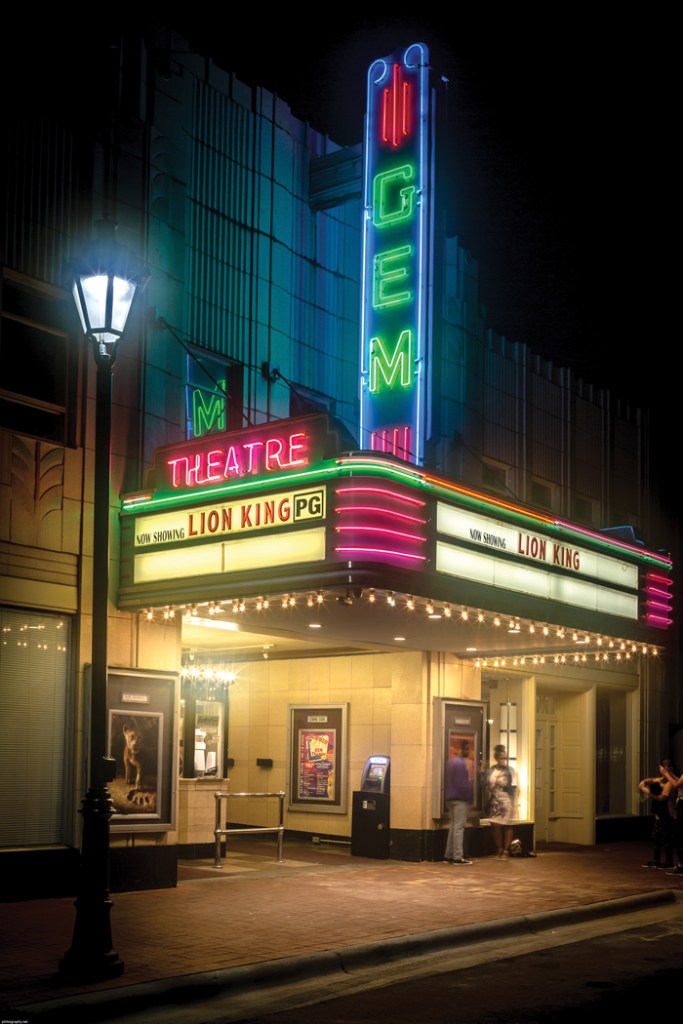 Submitted photo The Gem Theatre landed on the National Register of Historic Places and will see some renovations.

KANNAPOLIS – The Gem Theatre has been added to the National Register of Historic Places, and the city of Kannapolis will invest $1.5 million to improve the community treasure.

The Gem Theatre was part of the city’s purchase of downtown property in 2015.

City staff members have worked to complete the one-year process to authenticate the age of the building and its architectural elements. Being listed on the National Register is the first step in obtaining historic tax credits that may help fund future improvements to the theater.

The National Park Service’s National Register of Historic Places is part of a program to coordinate and support public and private efforts to identify, evaluate and protect America’s historic and archaeological resources. It identifies 95,000 properties as historic and worthy of preservation.

The city staff has surveyed residents and completed assessments on the Gem Theatre structure. More than 4,000 people responded to the survey and asked for improved restrooms and seating.

Additional improvements to the theater lobby and seating areas will be made when funding is available.

“We appreciate the Gem Theatre and the significance it has played in the lives of our residents for decades,” said Kannapolis Mayor Darrell Hinnant. “It holds a special place in our hearts. We are pleased that the theatre has now been recognized as a national treasure. It is one of our valuable anchors that will aid us as we work to revitalize our downtown by bringing investors and people to our city.”

“After serving the community for 83 years, the Gem Theatre holds many happy and important memories for our customers,” Morris said. “We look forward to continuing to serve the entertainment needs of our community for many years to come,”

The theater was rebuilt in 1948 and has 900 seats. The Gem is one of the oldest single-screen movie theaters in continuous operation and also one of a few theaters with balcony seating.

Over the years, in addition to movies, the theater has been home to live performance by Roy Rogers and Trigger, “The Horace Heidt Show,” Tex Ritter, Lash LaRue, Fred Kirby, Jimmy Dickens and the Grand Ole Opry.

In recent years, it has shown first-run Disney movies and been home of the N.C. Music Hall of Fame ceremonies with performers such as the Avett Brothers taking the stage. Movie and concession prices are below market and are reminiscent of the heyday of cinema.