SALISBURY — Ed Norvell says he’s grateful that many of his friends on Ocracoke Island are safe despite being without power after 100-mph winds from Hurricane Dorian pushed water onto the area.

Norvell, a Salisbury resident who has a second home and a rental property there, saw some flooding, as did many of the people on the island of fewer than 1,000 residents. He’s been in contact with friends and tenants who said they’ve fared better than many on the coast, but there will be a lot to clean and repair.

Norvell, who has written books that feature life on Ocracoke Island and other areas of the Outer Banks, was not there during the storm, but he has remained in contact with friends and neighbors who were.

“No one lost their lives, thank goodness. As far as I know, everyone is accounted for,” Norvell said. 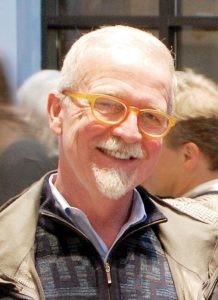 A couple who rent from the Norvells had to evacuate because of flooding. The Norvells offered to let the couple stay in their second home across the street. It’s a home that has two floors, and the couple have been able to stay somewhat dry, Norvell said. There was some water inside the home and damage to furnishings as well as some damage to the roof.

Norvell said floodwater went to the door handle of his tenant’s truck. Most residents park on higher ground during storms, but even that didn’t prevent vehicles from flood damage.

He’s tried to make contact with those he knows who are still on the island, but they have no power and no timetable for its restoration.

“The eye of the storm passed over Ocracoke, but the winds got up to 100 mph. Immediately the winds shifted and pushed water from the sound into the village,” Norvell said.

He said residents described the water as being like a tsunami and, within two hours, a 7-foot surge of water rushed through the village.

“Everybody is in shock, but they are very resilient. Families have been there for generations and never seen anything like this,” Norvell said.

Some people had 1 or 2 feet or more of water in their homes.

Norvell and his wife have been at their home on the island during some hurricanes, including Arthur in 2014 and Sandy in 2012.

Parts of N.C. 12, a primary road on the island, were destroyed by Dorian, with sections of road buckling or breaking apart.

Only emergency personnel have gone onto the island, Norvell said. He and his wife will have to wait to return to assess the damage for themselves. Until then, they are trying to stay in contact with friends and neighbors.

A ‘Belle’ of a surprise: Koco Java bunch presents…