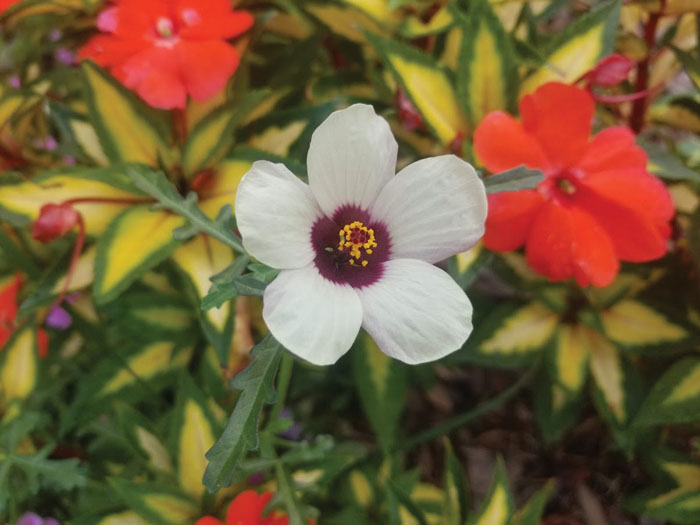 I was about to yank a weed out of the annual flowerbed in front of St. John’s Lutheran Church a couple of weeks ago when I noticed something unusual about it.

I had never experienced this small, scraggly weed with a seed pod and bud set like a tiny hibiscus shrub.

A few days later it finally bloomed, and my research proved correct, as it was a hibiscus relative.

The flower petals are only about a half inch wide with a distinctive dark center. The flower-of-an-hour is an accurate description as the showy petals close about an hour after full bloom.

Continued research revealed the weed is not common in the South. According to the USDA Invasive Weed Atlas, it is only found in 11 NC counties, and Rowan was not on the list. The plant is considered an invasive weed and without the flower it looks like any other gangly weed invading flower beds.

Its showy bloom often gets overlooked because of its unusually short bloom period. I went by a couple of days after bloom, and the weed was gone. Evidently, someone felt the ugly weed had to go.