Quotes of the Week: ‘I needed easy ones today’ 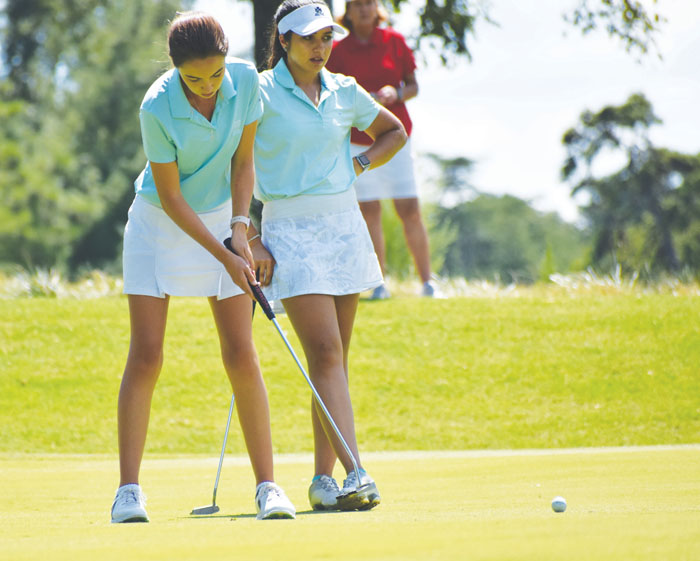 Sarah Coltrane strokes the match-clinching putt, a 15-footer, on the 17th hole at the Country Club of Salisbury during Monday's championship of the Labor Day golf tournament. Coltrane's teammate, Lily Yatawara, looks on. Dennis Davidson/Salisbury Post

“The putt was an easy one. I needed easy ones today.”

— Lily Yatawara, who with Sarah Coltraine won the Labor Day women’s golf championship at the Country Club of Salisbury

“The only thing bittersweet about today is that it’s basically gone — except what’s inside of us.”

— Lisa W. Tranumn, who was among the alumni of the Dunbar School of East Spencer celebrating a reunion and parade last weekend for their alma mater, which closed in 1969

“I think everyone on this team can smell the change in the air. They’re hungry to beat some of the teams that have been whuppin’ us.”

— Terrence Baxter, coach of the women’s basketball team at Catawba College, who’s looking forward to a new season because of a standout recruiting class

“My thing in teaching people to swim is getting them over that fear. … I like to teach people who are afraid.”

— Cheryl Chauncey, a teacher at North Rowan Middle School and a former high school and college swim coach who participated in the 4-mile Labor Day “Take the Lake” swim at Lake Waccamaw

“I think these scores almost prove my point exactly.”

— Lynn Moody,  superintendent of Rowan-Salisbury Schools, on Wednesday’s release of School Performance Grades that showed relatively flat performance by local schools based mostly on standardized test results, which she says are not a good measuring tool because they don’t factor in inequities such as family income disparity

“A dad’s supposed to take care of their kids. It’s a terrible feeling.”

— Scott Maddox, a retired teacher who couldn’t communicate for hours with his daughter and son-in-law, Ashley and Aaron Knowles, as they rode out Hurricane Dorian in the Bahamas — where Aaron is a resort manager