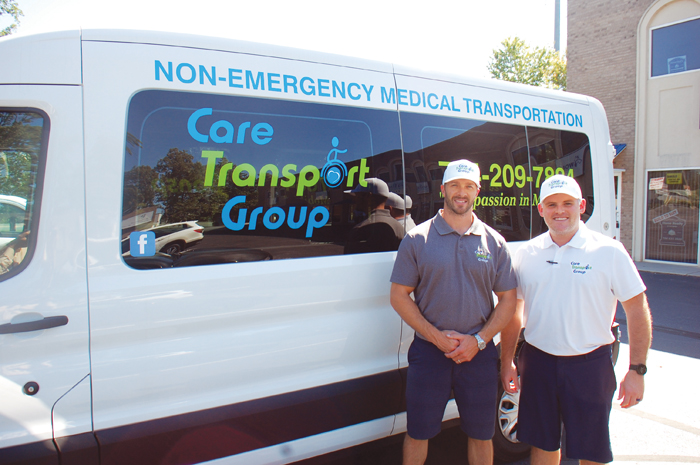 SALISBURY — The family behind Care Transport Group brought a wealth of talents to the table when it decided to get into the non-emergency medical transportation business.

It seemed to make sense.

Angie Misenheimer had been working in the business office of a skilled nursing center for close to 15 years. Previously, she had graduated from the New Tribe Bible Institute, done missionary work as far away as Indonesia with her husband, Alan, and been a pastor’s wife.

Beyond his pastoring and missionary work, Alan Misenheimer has been in the insurance business for more than two decades. 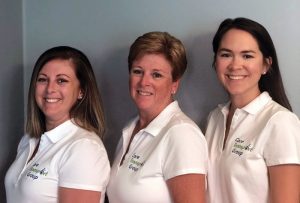 The couple’s daughter, Laura, works as a nurse in a skilled nursing facility. Nate, her husband, has 14 years of experience in law enforcement.

Rusty Misenheimer, Alan and Angie’s son, had considerable knowledge of commercial, real estate, financial and technological matters. And his wife, Kendall, is a whiz at accounting and invoicing.

“As a family,” Angie adds, “we have a compassion for people.”

So the family went headlong into establishing Care Transport Group, which serves skilled nursing and assisted living facilities and private customers in Rowan and surrounding counties.

The women are in charge. Angie is the president-owner. Laura is vice president, and Kendall is secretary.

The family made Alan chairman of the board, while Rusty is chief financial officer and Nate is director of operations. The only employee outside this family nucleus is Christine Walker, a driver.

All of the family members are drivers, too.

Keeping it essentially in the family makes sure, Angie says, that everyone is of the same heart and has the same commitment to serving customers and the facilities where many of them reside.

The seeds of thought behind Care Transport Group began germinating about two years ago, Angie and Alan Misenheimer say.

Family members thought they saw a need locally in the non-emergency medical transportation field, and they say they verified that perception with numerous facilities.

“We thought we could fill some gaps where we could do things differently,” Angie says.

Rusty Misenheimer adds the family wanted to provide a premier, professional service that could have a positive impact on the day-to-day lives of people they’d be serving.

Alan Misenheimer agrees. “We wanted to go exceedingly above,” he says.

Care Transport Group was incorporated in March, and the company started operating by August, based out of an office at 1620 S. Martin Luther King Jr. Ave., Suite 103.

In setting up the business, the family concentrated on providing a service with safety foremost, good equipment, new vehicles and the latest in software.

Rusty notes the state-of-the art software — beyond providing better record-keeping and billing — allows the office to know where drivers are at all times, what their estimated time of arrival to a destination is and even how fast they’re traveling to get there.

“We hardly do anything with a paper transaction,” Rusty says, adding it lessens the burden on employees, facilities and customers.

As you might expect, most of the customers being transported from skilled nursing and assisted living centers and private users are seniors.

She nods over to husband Alan, who sports a good crop of white hair.

In addition, there’s a courier service offered to assisted and skilled nursing facilities.

“We’ve received a great response for this type of service,” Rusty says.

Treating clients with dignity and respect are important to Care Transport Group, the family members say, as well as demanding it happens from the time drivers arrive at a facility or private home, make the transport and return to the original starting point.

“It’s about that whole trip,” Rusty says, before borrowing from the company’s tagline, “There is compassion in mobility.”

Rusty says Care Transport Group goes above and beyond the normal industry standards. Drivers wear uniforms. They have identification badges. They have taken first-aid and CPR training, along with additional instruction in driving and boarding.

One of the other company mantras is trying to leave customers feeling better at the end of their trip than they did at the beginning.

The company’s vehicles include two Ford Transit 350 vans and a 2019 Dodge Caravan — all capable of carrying multiple standard and bariatric wheelchairs.

The smoke-free vans also can handle geri chairs and scooters.

In addition, Care Transport Group has a Ford Escape for customers who are more mobile, relying on a cane, for example.

The company prefers appointments for scheduling purposes, but it also offers same-day service 24 hours, meaning Care Transport Group can be available, for example, for hospital discharges any time of the day.

It doesn’t do medical stretcher transports. A weekly discount is offered for dialysis patients who often require transport to clinics multiple times a week.

Family members are allowed to ride along at no extra charge.

“Our vans are clean,” Alan Misenheimer says. “There’s not a transport van that will beat our cleanliness.”

Care Transport Group will have information booths at the upcoming county fairs in Cabarrus and Rowan.

“We’re excited,” Angie Misenheimer says of the family’s new business venture, “and the feedback has been great.”