EAST SPENCER — East Spencer native Tony Hillian is hoping to unseat four-term Mayor Barbara Mallett this November. Hillian is currently in his first term on the town board. 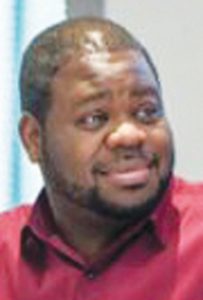 “I am a doer who loves doing for others,” Hillian said. “I would like to make a difference in the lives of the citizens of East Spencer.  I have been active in the community all my life, and I want to continue to do so as mayor in my beloved township.  I have the heart to do what is necessary to improve the living conditions in East Spencer.”

There are many things that can be done to improve the appearance of the town, Hillian said, with little money and a whole lot of community effort.

“I will be proactive in courting new businesses and establishments to locate their operations in East Spencer. I will work closely with our Police Department in developing community programs that foster trust among its citizens,” he said.

“I have my hand on the pulse of the community, and this goes a long way in unifying our citizens to act. Let’s make a difference, East Spencer. The time for talking has passed. Let’s do,” he said.

Hillian is a recreation aide with the city of Salisbury. He is a member of the Metropolitan Transportation Advisory Committee for N.C., is involved with Swagga Youth Apprenticeship Inc. and develops a work ethic for teenagers and young adults who are working at Charlotte Motor Speedway.

He serves on the board of Essie Mae Kiser Foxx Charter School and chairman of the policy council for the Salisbury-Rowan Community Action Agency. He is an instructor for the Salisbury Parks and Recreation Department’s NBA Babies basketball team. He is also involved in the International Sports Training Academy.

Hillian participates in various other sports and academic organizations.

From 1985 to 1995, Hillian was part of the East Spencer Anti-Drugs Step Team and received the BET Award for Top 10 Teens Around America in 1993.

Mallett has filed for re-election as mayor.