The Rowan County Sheriff’s Office and Kannapolis Police Department have charged a Kannapolis couple with taking and trying to cash checks made out to numerous churches and a preschool. 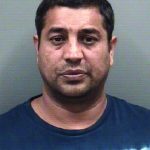 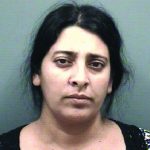 The couple each face charges of larceny, obtaining property by false pretenses, identity theft and possession of stolen goods.

The couple allegedly also tried to deposit checks not belonging to them at a Wells Fargo Bank in Kannapolis. 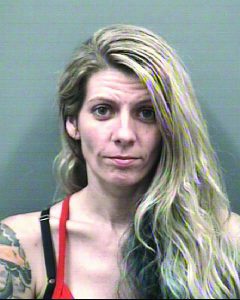 She is accused of breaking into a home in the 6000 block of Old Concord Road between midnight and 1 a.m. Saturday. The home was occupied at the time by a couple and their four children, reports said.

Covello is accused of taking electronics and household items valued at roughly $700. Authorities set her bond at $50,000.

In other reports from law enforcement agencies:

• Salisbury police charged Xavier Nathaniel Gibbs, 16, of Salisbury, with possession of a stolen vehicle and attempting to break into a building in the 800 block of Lakewood Drive.

• Salisbury police charged Xavier Shykeem Simpson, 22, with assault on a government official for kicking a police officer in the leg and stomach while officers were arresting him on an outstanding warrant.

• The Sheriff’s Office charged David Everhardt, 63, of Cleveland, with felony possession of crack cocaine; misdemeanor possession of marijuana; and possession with the intent to manufacture, sell and deliver a Schedule II controlled substance. He was placed under a $5,000 bond.

• Salisbury police charged Garry Lemont Cornelius Jr. with possession with the intent to manufacture, sell and deliver marijuana. He was placed under a $500 bond.

• The Landis Police Department charged Roger Paul Brown, 46, of Kannapolis, with possession with intent to manufacture, sell and deliver methamphetamine and possession of drug paraphernalia. He was placed under a $10,000 bond.