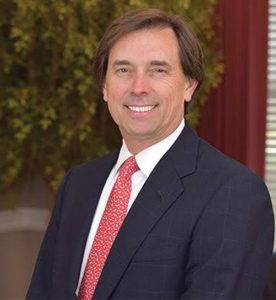 Maybe once in a generation, if it’s lucky, a community gets a shot at landing an economic game-changer: the textile mills of old, car plants, banking centers, major-league sports, or corporate headquarters such as Food Lion.

Our region has just such a rare and enormous opportunity within sight now: the planned Catawba Resort and Casino in Kings Mountain. The resort would bring private investment of more than half a billion dollars, employ more than 4,000 people, attract thousands of tourists each week and spur job growth throughout the Charlotte area.

As a lawyer, local business owner, and former member of the board of directors of the Economic Development Partnership of North Carolina, I believe the case for the resort is a slam dunk for jobs, investment, tourism and state and local tax revenue.

And as chairman of Catawba College’s board of trustees, I’m proud of our school’s connection to the culture of a Native American tribe that once spanned North Carolina’s western Piedmont, including Salisbury and Kings Mountain.

Although the Catawba Reservation lies just across the South Carolina line on the banks of the Catawba River, the federally recognized tribe’s official service area includes six counties in North Carolina: Rutherford, Cleveland, Gaston, Mecklenburg, Cabarrus and Union— in other words, metro Charlotte.

Pending federal legislation would authorize the Bureau of Indian Affairs to work with the Catawbas to build a resort with a casino, a 1,500-room hotel, restaurants, shops and other entertainment for those who enjoy such venues.

I believe the Catawbas deserve the fair shake intended for them under the federal Indian Gaming Regulatory Act and a 1993 federal law that needs clarifying to allow the resort project to proceed.

Thankfully, U.S. Sens. Richard Burr and Thom Tillis, of North Carolina, and Lindsey Graham, South Carolina’s senior senator, have sponsored legislation that would let the federal Bureau of Indian Affairs approve the project and administer the land on which it would be built.

As Sen. Graham has said, “The Catawba Nation has been treated unfairly by the federal government, and our legislation rights that wrong.”

People who aren’t interested in visiting resort casinos are free to pass them by, just as with our state-run lottery. But many people enjoy the entertainment they offer, which is perfectly legal and tightly regulated, with vast employment and tax benefits flowing throughout the community.

The Catawba resort presents a rare opportunity that Charlotte’s region should not pass up.

Please join me and other Charlotte area business leaders in urging Congress to support the crucial legislation that the Catawbas deserve and which they and many of our other citizens desperately need.

We owe them that.

Graham is a Salisbury attorney, businessman and former Republican candidate for governor.

Kirk Kovach: Abolish death penalty to prevent one from being wrongfully killed