Rowan Little League will get No. 1 recognition: A White House visit 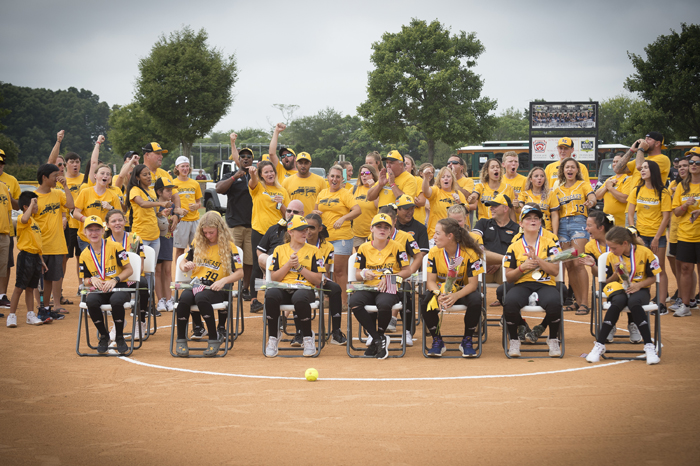 SALISBURY — On Sunday night, Rowan County Little League softball Coach Steve Yang sent out what he thought was an innocent tweet. It ended up leading to an invitation to the White House to recognize the World Series champions.

One of the players’ mothers messaged Yang on Sunday. She had just seen the Little League baseball team from Louisiana win the World Series and get an invitation to visit the White House from President Donald Trump via Twitter.

The Rowan County team won the softball World Series on Aug. 14, yet it had not received a White House invitation.

Yang’s tweet said: “President Trump, my name is Steve Yang and I am the head coach of Rowan LL in Salisbury, NC, that recently won the softball Little League World Series in Portland, Oregon. Wanting the team to get an invite to the White House like the boys team from Louisiana.”

“I want to thank President Trump for inviting our Rowan County Little League softball team to the White House for this incredible honor,” Hudson said Wednesday. “These young ladies are world champions and deserve a national celebration.”

Budd tweeted about the “awesome news,” saying, “They definitely earned it.”

Yang said the visit will be not only about the players but the community and will put Rowan County “on the map.”

“This is a great opportunity for our community, the girls and girls’ sports,” Yang said.

Yang said a White House visit is the No. 1 recognition for sports teams, pointing out that Super Bowl champions, NBA finals champions and college championship teams all traditionally get invitations to the White House, as well as the Little League baseball champions.

Little League baseball and softball, he said, are on the same platform.

Yang was not expecting to get so much attention when he sent his tweet Sunday. It received 250 “retweets” and about 375 “likes.” It also received support from the community, and the media noticed it as well, he said.

The county’s congressmen did, too. Hudson and Budd wrote a joint letter to Trump on Tuesday.

“We believe that as world champions, these Rowan County all-stars deserve to be properly celebrated at the White House,” they wrote.

The Rowan Little League softball team won the championship in 2015 as well. It was invited to Congress but never made it. Yang said the team didn’t go to the White House then. Now, with social media, getting traction helps tremendously, he said.

The honor to be invited will likely not hit the players until they’re older, Yang said, but parents and the local residents will understand the magnitude of being champions.

“They will not appreciate it until they are later in life,” he said of his players.

As the team waits to hear the date of its visit — will likely will be a couple of months from now — it can look ahead to next year’s season.

Yang credited the success to the families and players, new and old.

“Rowan Little League will always be remembered for a great accomplishment,” he said.

He hopes the attention will help more people in the community get involved, including joining a Little League team themselves.