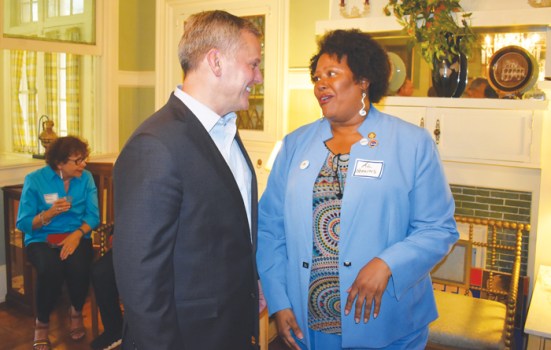 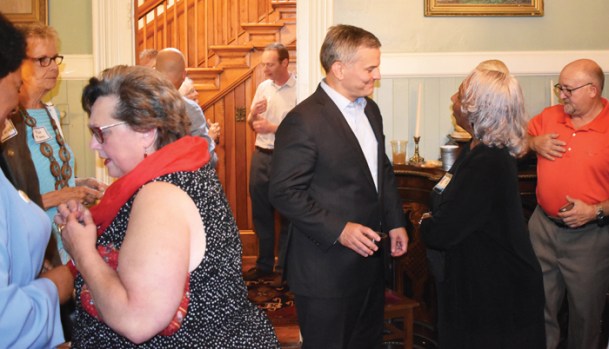 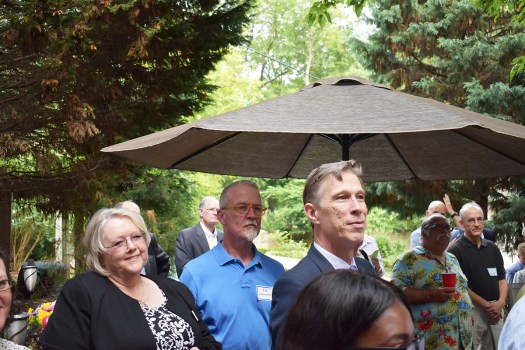 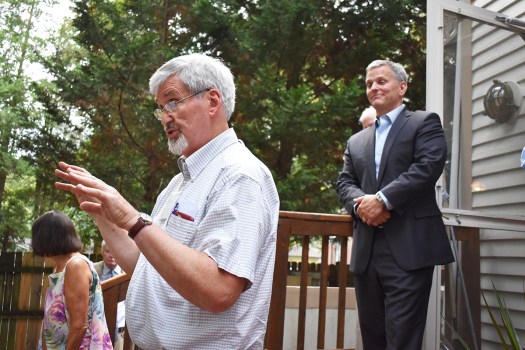 SALISBURY — Josh Stein says he understands Rowan County is a red county, but he also says the county can give him an extra push to his second term as state attorney general.

Stein, a Democrat, campaigned and raised money at Will and Mary James’ home in Salisbury on Tuesday night.

Mary James joked as she introduced the attorney general, saying that “everyone who is a registered Democrat is probably here.” The support of those in attendance is what made him win a close race in 2016, and its support he hopes to keep, Stein said.

“In a run that is statewide, you have a county that is redder than it is purple, like yours,” Stein said. “The difference between my getting 47% and 41% could be the difference of losing statewide. So when you work as I know you work, you are helping to shape this state that we all love. I want to thank you guys for all that you do.”

Stein spoke of the work he has done so far as the state’s attorney general.

“Every day we go to protect the people of this state in many many different ways,” he said. “We protect families by combatting crime and tackling the opioid epidemic. That has been my top policy priority.”

To combat the opioid epidemic, Stein said there needs to be more work on prevention and helping those who are addicted through treatment and recovery as well as holding corporations accountable.

He spoke about the need to eliminate the backlog of untested sexual assault kits in the state and prevent another backlog.

“Each kit represents a human being who experienced an awful violation,” Stein said.

Stein said he is also targeting e-cigarette companies that have backtracked on the work done decreasing teenage smoking.

“We’ve gained over 20 years an incredible public health victory in reducing teen smoking from 27% to less than 5%,” he said. “In the last three years, every gain has evaporated because of vaping. I’m holding those wrongdoers accountable.”

The N.C. Department of Justice announced earlier Tuesday that Stein filed lawsuits against eight e-cigarette companies for targeting children and not requiring appropriate age verification. He had previously filed a suit against Juul, another e-cigarette company.

Stein also said he is working in the N.C. Supreme Court to put more of the burden of cleaning up coal ash on Duke Energy.

He spoke about voting and how the Department of Justice is protecting that fundamental right.

“The state of North Carolina should be about protecting people’s right to vote, not restricting,” Stein said. “And when we vote, our vote must have meaning. It cannot be discriminated against based on our political affiliation. It cannot be devalued so that someone else’s vote is worth more than yours. That is what gerrymandering does.”

Stein said he did not run for attorney general to fight the federal government, referring to President Donald Trump’s attempts to eliminate the Affordable Care Act, end the DACA immigration program, drill for oil off the Outer Banks, prevent the state’s response to climate change and restrict women’s access to contraception.

Stein said he was honored to serve North Carolinians as attorney general and hopes to continue the work he has done.

“I love this job, and with your help I intend to keep this job,” he said.

Stein predicted the attorney general race would be the most expensive one in the country because of how close the 2016 race was. So far, he has one challenger, Republican Jim O’Neill, the district attorney in Forsyth County.

Geoffrey Hoy, the Rowan County Democratic Party chairman, called on those attending to donate to Stein’s campaign for re-election.

“On the way in, I saw you were writing those big checks,” Hoy said. “That’s why you’re here tonight. Campaigns cost money, and so to write a check is a good idea.”

Stein added, “This is a good party chair.”

“We’re honored that you came here,” she said. “It makes us want to work even harder.”