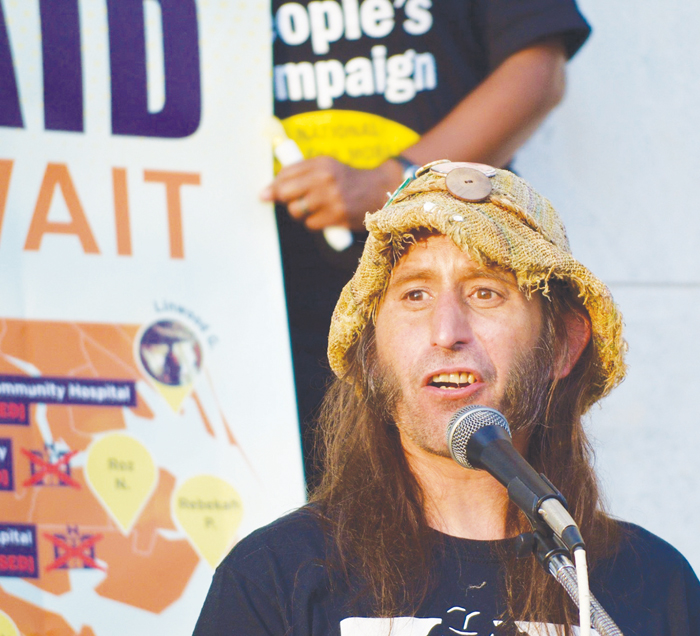 Principle No. 9 of the Poor People’s Campaign, a national call for moral revival: We recognize the need to organize at the state and local level. Many of the most regressive policies are being passed at the state level, and these policies will have long and lasting effect, past even executive orders. The movement is not from above but below.

Most of the policies that have the most direct, negative impact on economically and socially marginalized people are passed at the state and local levels.

Obstacles to fair housing, laws that suppress voter participation, limited access to health care, and discrepancies in school funding are just a few examples. Rather than relying on a few “saviors” in Washington, D.C., to “fix” things, we recognize the importance of organizing at the level these policies are enacted.

There is another level to this fundamental principle of the Poor People’s Campaign. We recognize that the problems we are facing are systemic and require systemic change to be properly addressed. Systemic change does not trickle down from the top; it bubbles up.

Civil rights legislation, women’s suffrage, abolition and every other step our nation has taken toward universal liberty and justice were not achieved because the people in power were suddenly enlightened but in response to fear of rising social movements.

By organizing at the state and local levels, we not only more effectively address the policies at the level they are being enacted, we also more effectively build the mass movement necessary to achieve fundamental change in government and in society.

Mike-o Martelli is a member of the Poor People’s Campaign’s Salisbury Circle.