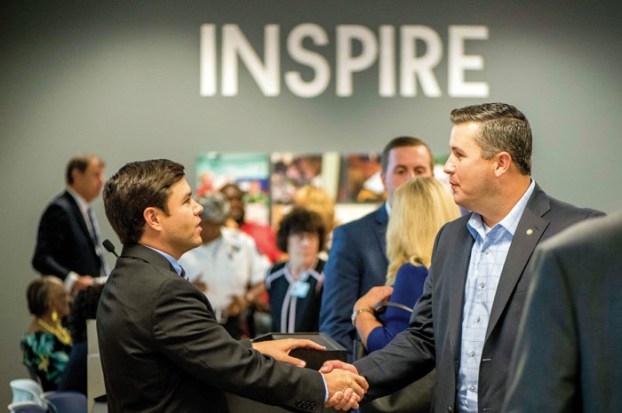 How do you fundamentally transform a school system’s curriculum and the method by which students are judged while keeping the district operational?

The Rowan-Salisbury School System is learning how to do just that. It’s like making major repairs to a car while it’s running or fixing tracks as a train travels over them.

To say it’s an ambitious, difficult project might be putting it lightly. But this year is the first in which the school system’s renewal project is district-wide.

Talk to Superintendent Lynn Moody about renewal and the scope of the undertaking grows more massive.

There are easy-to-understand changes, such as giving students relevant, out-of-the-classroom experiences, but what about the way in which RSS is judged? Test scores and letter grades for each school will be released like clockwork, but how representative are those of the quality of the institution, Moody asked in an in-person interview earlier this month.

Moody isn’t shy about talking about why test scores aren’t a good measure for the quality of schools, but standardized test scores are factors in teacher evaluations and principal bonuses.

Meanwhile, how do you recruit, interview and hire prospective staff members based on ideas, scoring rubrics and curriculum that may be localized to one school system and, in many cases, still under development?

Moody used an open principal position as an example.

People outside of the district sent in their resumes with data and accomplishments that don’t align with RSS’ new direction, she said.

“They’re at such a disadvantage coming in, and I started emailing back in the last couple of weeks, ‘Please take a look at our core values, our graduate profile and our directional system. It’s very different. You might want to check and see if this is a good match,’” Moody said.

Once teachers are on board, how do you give them the freedom to be creative in teaching students without creating unnecessary levels of bureaucracy?

The school system is very much in transition — still using some of the practices about which Moody is critical while chasing a new educational system that better prepares students for the real world.

The list of questions and tasks still to complete is endless, and Moody recently tried to show the enormity of the undertaking by sketching out a spiderweb showing how various items are linked. On of many items on the spiderweb is principal bonus pay — currently tied to average daily membership and test scores.

“We haven’t redesigned how we want to do that based on really being accountable and responsible for this directional system yet,” Moody said. “It’s on the backburner, but we know it’s work that must be done. But if you are paying your principals based on an old system and you are asking them to drive toward something new, you can understand the conflict.”

That’s why, despite the fact that the school system received its “renewal” status nearly a year ago, there’s still much left to do.

Some schools, particularly those previously designated “restart” schools, have a head start. But other schools have just received approval for their renewal plans and are just now moving away from an education system that’s largely remained unchanged for decades. Some system-wide policies operate under traditional thinking, too. And the school system hasn’t fully explored all of the flexibility that the N.C. General Assembly gave it in 2018 with “renewal” status.

“We call it two tracks,” Moody said. “That’s why our teachers are working so hard. We can’t completely merge the renewal track into old track yet because we haven’t developed all the systems for renewal.”

It would be easier to stop operation of Rowan-Salisbury Schools, reinvent the wheel and start back up with a new system, but a public school system can’t simply shut down.

So, this year may be the first in which “renewal” is in place across the district, but Rowan-Salisbury Schools is still constructing what the public education system of the future should look like.

It’s simultaneously an exciting, unnerving and uncertain time to be an educator in Rowan County. And for Moody, at least one thing is certain: “I can’t imagine just going back to the old system.”

Gov. Roy Cooper’s veto of House Bill 370 included a message that could apply to an increasing number of policy... read more