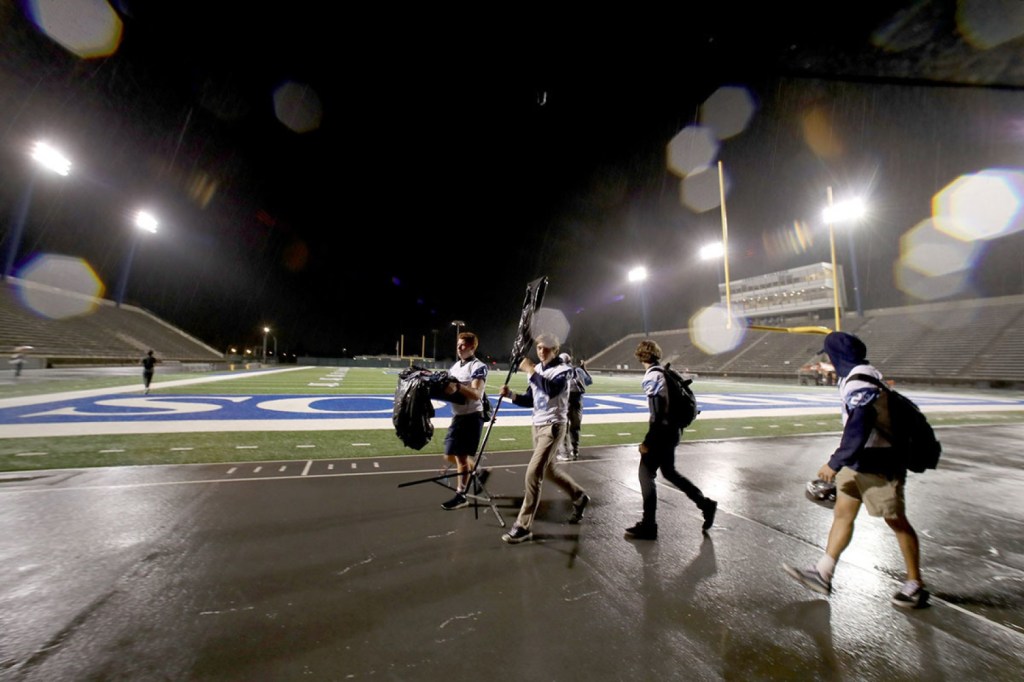 The high school football teams of West Rowan and East Rowan will try again today to play their season-opening games.

East’s game at North Stanly (New London) is set for 5 p.m. this afternoon. West is at Mooresville and game time is 7 p.m. Both games were set to begin at 7:30 on Friday night, and warm-ups were underway when lightning and heavy rains forced postponements by 8 o’clock.

Other games in the area were also postponed, including Davie County, which is hosting Page High School from Greensboro. That kickoff is slated for 6 p.m. this evening.

Four Rowan County schools managed to get their openers in on Thursday night. Fearing Friday’s weather, Carson moved its game with South Rowan up a day. Salisbury and North Rowan did the same thing.

Carson ran past South, 56-20, as running back Hunter Courtney set a new school record with 346 yards rushing on 38 carries. He scored three touchdowns, the first one being a 90-yard gallop. Courtney’s effort was the second-biggest rushing performance in county history, only topped by West Rowan’s KP Parks in 2009 (356 yards).

Meanwhile, Salisbury hosted North Rowan in a defensive struggle. The Hornets won, 9-7, the winning margin provided by a safety when Salisbury’s Blaine Shellhorn sacked the Cavs’ QB Kyree Sims in the end zone.

Shellhorn’s play gave Salisbury a 9-0 lead in the second quarter, following a 24-yard scoring run by quarterback Vance Honeycutt — the only offensive touchdown for either team.