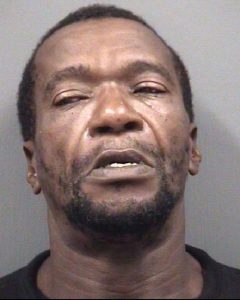 According to Sgt. Brett Wilhelm, Johnson is an acquaintance of the two residents of the home. Wilhelm said no other charges are expected.

The Kannapolis Fire Department responded to a fire call about 3 a.m. Tuesday at 303 Rosemont Ave., just off Rice and North Main streets. A neighbor reported the fire.

Police officials said two people were inside the mobile home at the time of the fire and both were injured. One was treated and released from a local medical facility. The other person was taken to Wake Forest Baptist Medical Center for treatment.

When fire personnel arrived, the pair were already outside the home.

It took firefighters 10 minutes to get the one-alarm fire under control and extinguished.

Johnson remains in the Rowan County Detention Center under a $100,000 bond.