NC Supreme Court will have sessions in Rowan County 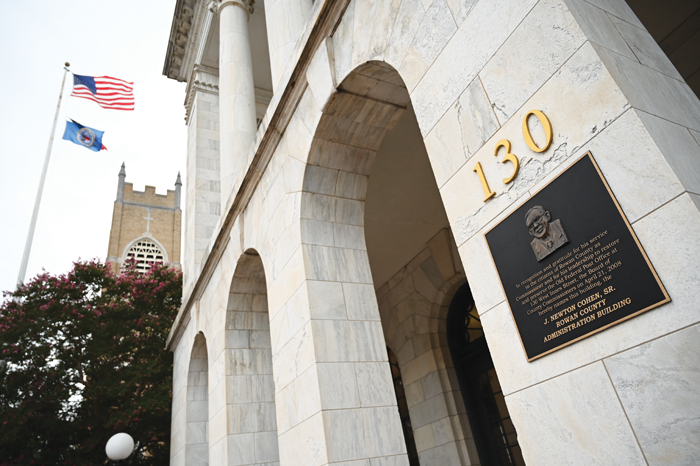 The Rowan County Administration Building, at 130 West Innes St., will be the site of N.C. Supreme Court sessions on Sept. 30. The court is having sessions in Rowan County as part of its bicentennial anniversary. Josh Bergeron/Salisbury Post

SALISBURY — The N.C. Supreme Court will hear two cases at the Rowan County Administration Building in Salisbury on Sept. 30 as part of its bicentennial celebration. 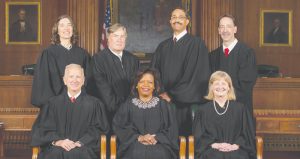 “On behalf of our community, I would like to welcome Chief Justice Cheri Beasley and the six associate justices to Salisbury,” said Rowan County Superior Court Judge Anna Mills Wagoner. “Not every community will have the opportunity to host the state’s highest court during their bicentennial celebration, and we are most grateful to the county commission for allowing the Administration Building to be used for this special event.”

Under state law, the Supreme Court can meet in only two other cities outside Raleigh — Edenton and Morganton. The General Assembly granted the Supreme Court’s request to allow the justices to convene in cities across the state during the court’s 2018-20 bicentennial celebration. The court’s calendar shows it will also have sessions in Randolph and Forsyth counties this year.

The Rowan County Administration Building is at 130 W. Innes St., and the court sessions will be held in the commissioners chambers.

“On behalf of the Board of Commissioners, I would like to express that it’s an honor for Rowan County to host such a historic event in our county commission chambers,” said commissioners Chairman Greg Edds. “Our judicial system is foundational to our nation’s remarkable history and for our community to have the unique opportunity to witness this system in its highest form is a distinct privilege.”

A news release said admission to the local sessions of court will be by ticket only. Tickets will be distributed on a first-come, first-served basis beginning Thursday. Those interested in reserving a seat should send ticket requests to rocosupreme2019@gmail.com and include their full name and driver’s license number, a news release said.

The court sessions also will be streamed live to an overflow room in the Rowan County Superior Courtroom and to area schools, as well as Catawba, Livingstone and Rowan-Cabarrus Community colleges. Both sessions of court will be streamed on Facebook live at Facebook.com/NCcourts.