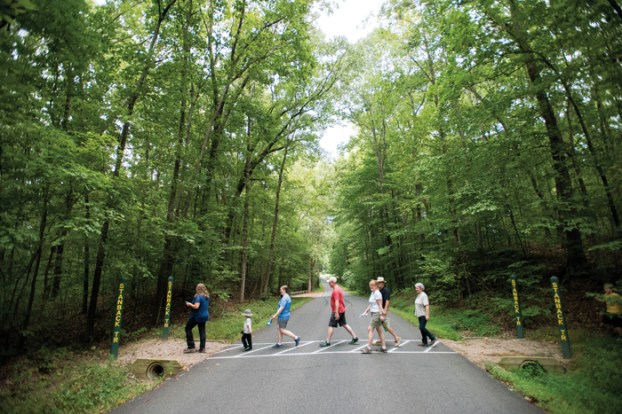 Laurel to Rowan County government and the many organizations participating in Creek Week, which celebrates the importance of our waterways.

There are programs continuing until Saturday as part of the celebration, ranging from making a rain barrel to meeting a hellbender, a type of salamander.

And the awareness those programs intend to raise is particularly important. Too often in our community, there is trash in ditches, creeks, wooded areas and on riverbanks, too.

We hope raising awareness about the importance of our waterways, including the fact that creeks and streams feed into our drinking water source, the Yadkin River, will prompt someone to think twice before tossing garbage onto the roadside or littering in any number of ways. That litter has to go somewhere and, in many cases, our creeks and streams are the destination. That has a negative effect on those ecosystems and the creatures therein.

Dart to distracted driving and the many who willingly submit themselves to distractions without a second thought.

In traffic, smartphones are entirely too common. Chances are there are at least a few hundred people driving through Rowan County on Interstate 85 who are using their smartphones right now.

Another common distraction: Many of us eat entire meals in our car while we’re driving.

And the net result of those distractions is an increased chance that our inattentiveness will cause a crash.

We must do better for ourselves, drivers around us and our children, who learn from their parents.

Laurel to another year of increased visitor spending in Rowan County.

The Convention and Visitors Bureau announced last week that tourism spending had grown for the 10th straight year in 2018. And spending grew faster than the state average, too, 5.7% here compared to 5.6% statewide.

It’s estimated that visitor spending brought $184.67 million to Rowan County and supported 1,480 jobs, which might range from a chef at Morgan Ridge Vineyards to a hotel employee in Salisbury.

The improved spending seems to be a sign of the times — the economy is good. That means local folks can have more money to spend visiting local attractions and folks who live in nearby counties or a couple of hours away have more disposable income, too.

For as long as the economy is good, we’ll look forward to visitor spending continuing to rise.

Police Chief Jerry Stokes is right in his concerns about prisoners from elsewhere being released into Salisbury. Inmates at state-run... read more