SALISBURY — A Rockwell man will spend less than 10 years in prison for his involvement in the 2016 death of a 2-month-old boy who was found dead in his bassinet.

The boy’s mother was sentenced last year to 20 years in prison. 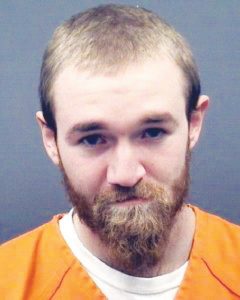 Houston Ray McCarn, 22, who was charged in 2017 with first-degree murder and felony child abuse, accepted a plea deal on a charge of accessory after the fact of second-degree murder. He was sentenced to seven years to 9.25 years in prison.

According to an autopsy, Kingston Daniel Aistrop died from blunt-force trauma to the head. The infant was found unresponsive hours after his mother, Amber Lane Scarborough, said she fed him and put him to sleep.

An autopsy revealed a number of bruises on the infant’s head and forehead and bleeding on the brain. It showed that other than injuries to the head, the baby was normally developed and well-nourished. His neck and chest showed no injuries.

The mother, who was then 17, later admitted she and McCarn had been smoking marijuana at the time of the baby’s death.

Police said Scarborough called 911 about 8:15 a.m. on July 30, 2016. Rowan County emergency responders performed CPR on the baby at the Van Street home where the couple had been living but could not revive him.

According to Rowan County Assistant District Attorney Clayton Jones, McCarn claimed a red mark on the infant’s head was the result of the infant sleeping on his pacifier. 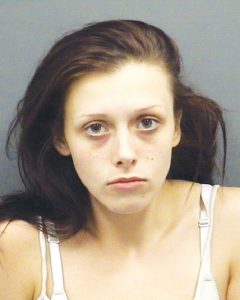 Investigators say McCarn and Scarborough broke up not long after the infant’s death.

The biological father was notified about McCarn’s plea deal by authorities but never responded to requests for contact. Authorities contacted Scarborough for a statement, but she also did not respond.

McCarn rejected two previous plea agreements — one that would’ve meant a 25- to 31-year prison sentence and a second that would have meant 20 to 25 years in prison. At a 2018 hearing, McCarn — against attorney Tom King’s advice — rejected that second plea deal.

“This is the first time I’ve ever been locked up for a long period of time. I’m truly sorry,” McCarn told the court during the nearly 15-minute hearing.

His current attorney, David Freedman, told the court his client has a support system and asked a group of people seated in the courtroom to stand.

Freedman said there is no evidence to suggest McCarn was responsible for the injuries to the baby. He said if McCarn had been more forthcoming to investigators, he would not even be in court.