GRANITE QUARRY — Mike Brinkley takes the Granite Quarry Board of Aldermen to task on several issues, saying members “need to do more than just show up for the monthly meeting.”

“In the last two years, nothing at all has been accomplished by the current board,” said Brinkley, who is seeking one of two seats up for election in November. 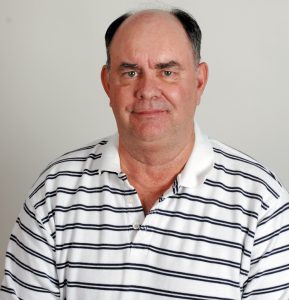 “In essence, short of buying Christmas lights for $15,000 at the wrong time, spending $25,000 for an electronic sign and raising our taxes 18 percent, this board cannot point to one item of importance to the town as having been completed.

“With all the issues facing our town, this type of inaction borders on incompetence.”

Brinkley, Doug Shelton, Jim LaFevers and Jim Costantino are candidates for two four-year seats on the Board of Aldermen. The seats up for election are currently held by LaFevers and Costantino.

Meanwhile, incumbent Mayor Bill Feather faces a challenge from Andrew Poston. The seats of Aldermen Kim Cress and John Linker are not up for election this year.

Brinkley calls for a restructuring of the Zoning and Planning Department to hire a full-time planning and zoning officer. Brinkley says part-time Town Planner Steve Blount “needs to go.”

“It is obvious to me that his actions are not in the best interest of the town and its citizens,” Brinkley said in an emailed statement given to the Post.

He referred to the recent handling of a minor subdivision on Yadkin Street and “an arbitrary rewriting of a zoning ordinance that now allows computer gambling to be built 100 feet away from a residence.”

Brinkley said the board should begin the process in September of changing the ordinance related to computer gambling and review the subdivision ordinance to guarantee community involvement.

Brinkley also criticized the current board for dragging its feet and not following an established process for hiring a town manager.

He calls on the town to reduce the tax rate and develop a capital needs plan “for the many projects the town requires.”

He said the town needs to find a place for leaf-and-limb storage, since the old site was sold in 2017. “A temporary site was found in the middle of town and that is where they have been ever since,” Brinkley said.

“Nothing has been done. This board has taken no action, and no property is under discussion for this problem.”

Brinkley blames the current town board for thwarting efforts by the Granite Quarry Athletic Club to establish a recreational use for Faith Road property the town bought in 2016.

“The board has chosen to fight this process every step of the way and has been determined to prevent any development of the land for reasons known only to them,” Brinkley said, criticizing the board’s handling of a lease to the club, its insurance requirements and forcing the club to pay higher legal costs.

“They are demanding this from a volunteer group that is trying to do something that the town should be doing,” Brinkley said. “The actions of these board members are truly astounding.”

“In the past when a manager left, the board would immediately begin advertising for a replacement,” Brinkley said. “It is now August, and this board has made no effort to hire a permanent manager. Why?”

Brinkley contends the board has raised taxes 18% and that the 2019-20 budget received scant discussion by aldermen after its presentation.

Brinkley said the board approved a 2-cent increase in the tax rate on $100 property valuation in 2014 to finance a new firetruck. That action carried the stipulation that as soon as the truck was paid off, the tax rate would be reduced by the same 2 cents, Brinkley said.

When the board paid off the loan for the firetruck early in 2018, it ignored the previous stipulation, Brinkley said.

“At that time, the board members claimed they did a great job not raising taxes (although) they did by 2 cents,” Brinkley said. “Evidently, board members just don’t understand math.”

Brinkley is a 1970 graduate of East Rowan High School and attended Catawba and Gaston colleges.

Brinkley said no one on the current board has lived in Granite Quarry his whole life as he has. Brinkley said he understands how some residents don’t want their little town to change.

“The only way to preserve what we have now is to plan for the future,” he said. “That means having a proactive board that works hard, listens to the citizens, explores new ideas and plans for the future.”

SALISBURY — The enormity of the May 9 luncheon at Morgan State University caught Dr. Dolan Hubbard by surprise. It... read more