Patricia Sledge campaigns for Spencer Board of Aldermen

SPENCER — For Patricia Webb Sledge, local ties run deep. A seventh-generation descendant of Michael Braun, the man who built the Old Stone House in Granite Quarry in 1766, Sledge grew up in Rowan County and graduated from East Rowan High School. 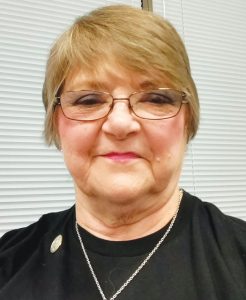 Webb Road was named for her great-grandfather, she says, whose home was located there.

But credit goes to closer relatives for Sledge’s current campaign: not for another local and family landmark but to become a member of the Spencer Board of Aldermen.

Why? Because she sees herself as a peacemaker, a good listener and a problem solver.

“Those traits are needed in the current climate of leadership in Spencer,” she said.

A newcomer to public office, Sledge brings with her a dynamic experience in the political process. She has served in volunteer positions with political campaigns at the grassroots level; as state president of North Carolina Business and Professional Women; and numerous terms as the state legislative chairwoman for that organization.

Currently, she serves on the board of directors for the North Carolina Business and Professional Women Foundation and as treasurer and Green and Gold chairwoman. Sledge has served as parliamentarian for both groups.

Sledge also served a two-year term as treasurer of the Equal Rights Amendment of North Carolina Alliance, a group working toward ratification of the ERA to the U.S. Constitution.

This public involvement has come alongside a career in business. Sledge, a former retail owner, recently retired as a sales representative for Classic Business Systems Inc. of Winston-Salem.

Through it all, she credits her late father, Tommy Webb, with providing her the values and work ethic necessary to keep active in her community. He was a volunteer firefighter and fire commissioner in Rowan County for several years. Her mother was a leader in Rowan County 4-H.

It was her mother, Sledge said, who instilled in her the ideals of service to the community.