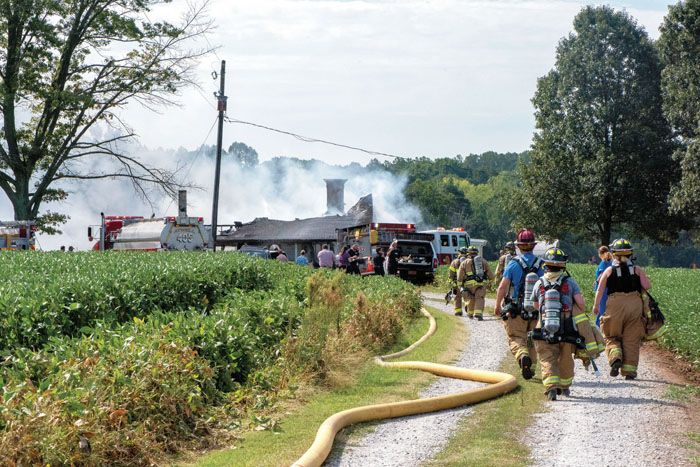 Fresh crews arrive on the scene to replace crews that have been working the fire. Jon C. Lakey/Salisbury Post

The fire was reported just before 10 a.m. Wednesday at 3155 Brown Road, off Graham Road, by a neighbor and a nearby firefighter. The house sits off the road, which is the likely reason for a delay in reporting the fire, officials said Wednesday.

The owner was not at home at the time of the fire, though firefighters initially believed she was. She returned home as firefighters continued to douse the home with water.

Sells said investigators know the fire started in a sitting room on the front left of the house. It is believed to be electrical in nature, but investigators are not completely sure, he said.

Multiple fire departments responded to the call so that firefighters could take regular breaks to rehydrate because of the heat.