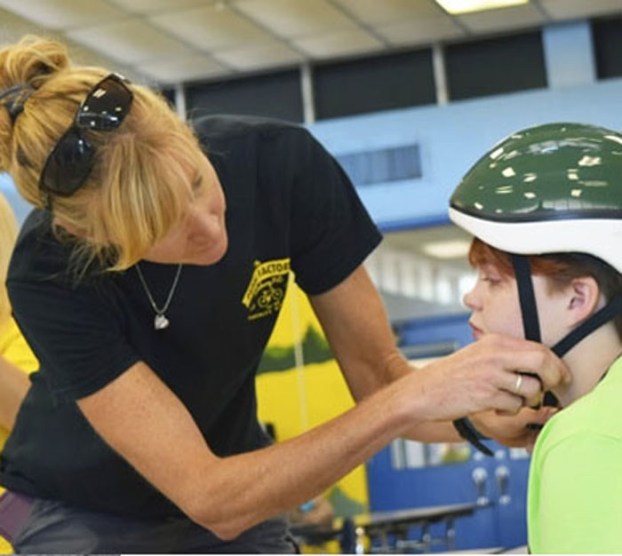 SALISBURY — Bicyclists and pedestrians are pushing the City Council to create a committee to find ways to improve the city’s walkability and make it more friendly to bicyclists.

At Tuesday’s City Council meeting, advocates, with the support of Mayor Al Heggins, will offer a solution: creating a bicyclist and pedestrian committee.

Mary Rosser is one of those advocates. She said the need for a conversation to improve transportation options came when The Pedal Factory hosted a bike camp earlier this summer. She said, as an adult and a rider, she knows how to get around the city on a bike, but taking a group of young people made her think about how to make bike riding safer. She shared her concerns with Heggins.

A committee would ensure that the work doesn’t stall, Rosser said.

The city created a comprehensive bicycle plan in 2009. Some goals have been met, such as equipping Salisbury Transit buses with bike racks. Bike paths are needed, especially ones that are a direct route to popular places, and cyclists need a place to park their bikes safely, Rosser said.

Stuart Nottingham said he sometimes bikes to the movies or dinner and gets to the destination and finds there are no options to park his bike.

“There’s no place for me to lock it up and feel safe,” Nottingham said.

He said many cyclists are interested in riding their bikes but say, “I’d like to do it but don’t feel safe doing it.”

On the other hand, Rosser said, there are people who have only a bike to get around, and the community should provide a way to ensure their safety.

Nottingham said transportation should be accessible for anyone from age 8 to 80, and if that is achieved then everyone is covered.

Both Rosser and Nottingham see other benefits of creating a friendlier environment for bicyclists and pedestrians.

“The big picture is less reliance on cars,” Rosser said.

Rosser said, if a committee is formed, it should start with downtown, getting more people comfortable with walking several blocks because downtown has limited parking.

She wants to normalize biking and walking. Increasing the number of pedestrians and cyclists will create a healthier, more forward-thinking community, she said.

Nottingham said he hopes the committee includes people who ride bikes and get around without a car, especially those who live downtown. Nottingham is realistic and understands there will be budget constraints with the changes, but he wants to see a gradual process and an updated city vision.

Rosser suggested the city could also expand the greenway committee as well.

Rosser said she would like to see an education aspect included with the committee. She said bicycling increases motor skills and balance, something that many kids now lack. She also would like to see bike safety incorporated into driver education that teaches both drivers and bicyclists ways to co-exist safely.